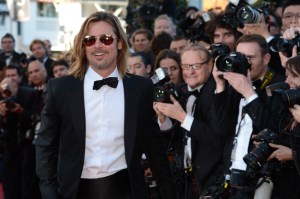 AMA reports that the 13th edition of Documenta in Kassel, Germany, has already sold 10,000 season tickets.

This number is up from the last edition, five years ago, which saw only 5,901 season tickets sold. It’s impossible to say if this means that the event has been more popular this year, but, AMA notes, Brad Pitt did visit this time around.

Nearly unrelated but not completely unrelated: The New York Times Magazine has a nice piece on Janet Cardiff and George Bures Miller this weekend. The two are currently killing it in Kassel and at MoMA PS1, and have a new piece at the Park Avenue Armory next week.