TRENTON – Gov. Chris Christie returned to the Rescue Mission here – where he unveiled his plan for an expanded drug court in March – and signed the bill into law today.

The idea is to provide alternatives to prison for certain eligible non-violent drug offenders.

Christie said back then and reiterated today that mere “warehousing’’ of criminals does not work.  He pushed in March for a drug court in all counties and wanted to make the program mandatory rather than voluntary.

The bill eventually signed today was the result of bipartisan work, and it opts for a phased-in approach at first.

“I got involved in dealing with folks in drug addiction in the mid 1990s as a freeholder in Morris County,” Christie said after signing the bill, and he said he saw groundbreaking work there with drug abusers.

He said this program takes that idea from Morris County and expands it across the state.

“What we’re dealing with with most people here is an addiction, an illness,’’ he said.  “Every life is precious.”

Drug abuse affects all aspects of society, rich or poor, he said.  It leads to crime, incarceration, further drug abuse, and becomes part of a cycle.

“This will ensure people will have an opportunity to break this cycle,’’ he said.

“Individuals with an addiction are coerced into treatment every day and successfully recover,’’ he said in a release, referencing families, employers, and in some cases the courts.

“With today’s signing, non-violent offenders assessed with an addiction, who heretofore could deny a course of treatment, will now be provided an opportunity to also recover even if they are at first unwilling.”

Participants will have a support team to get them back on track.  And by slowly rolling the program out over five years, at the end of which time it will be present in every county, the state will make sure the infrastructure is in place to ensure the program’s success, he said.

And Sen. Christopher Bateman, who also is a prosecutor in Branchburg and Bridgewater, praised the program that Somerset County has had for eight years.

He said it has seen well over 100 graduates, and now that this program is law, it will be able to serve more people. “We didn’t have the seats before, now we will,” he said.  He talked about how moving drug court graduation ceremonies have been and the practical effects of seeing lives rescued. 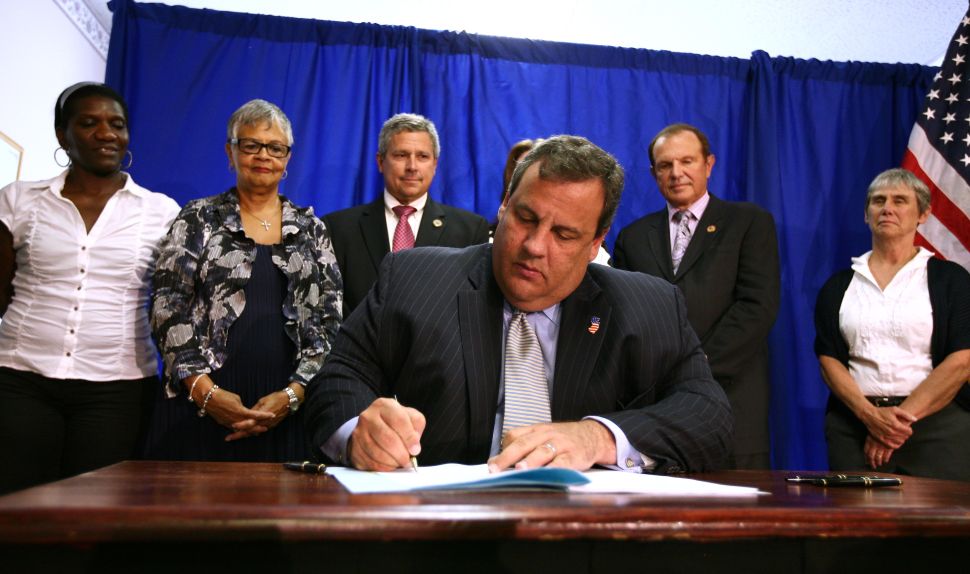