Following the lead of John Baldessari, Catherine Opie and Barbara Kruger, artist Ed Ruscha has resigned from the board of trustees at the Museum of Contemporary Art, Los Angeles. This means that there are currently no artists sitting on the museum’s board.

Mr. Baldessari was the first to exit last week, citing not only the resignation (or perhaps firing) of beloved chief-curator Paul Schimmel, but also the forthcoming disco show at the museum as a major reason for leaving. He was followed by Ms. Opie and Ms. Kruger.

The news about Mr. Ruscha comes from a comment left by his wife on the Facebook page of Los Angeles Times art critic Christopher Knight in response to an article Mr. Knight wrote about the loss of three of the four artist trustees: “‎Christopher Knight, Ed has resigned. i guess they haven’t announced it yet.” The Times confirmed this with the museum Monday morning. Calls placed by us to Mr. Ruscha’s studio Monday afternoon were not answered.

Update, 5 p.m.: The Times has obtained Mr. Ruscha’s resignation letter, which reads in part: “My defection may look obvious, but it will be all the better for the museum, which is on a course different than I imagined, but one I hope to support in the future.” 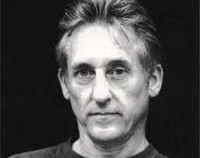