Ostensibly the panel had gathered to discuss whether E.L. James’s blockbuster book was a step forward for American sexual culture. “I just want to say right off the bat that we are not going to be discussing the book’s literary merit,” said McNally Jackson’s Amy Lee, the moderator for the event. Yet despite this disclaimer, many of the panelists seemed unable to resist taking a few cheap shots at its notoriously clumsy prose, referring to the book repeatedly as a “piece of shit.”

Ms. Jong seemed especially preoccupied with the book’s literary offenses. “What possessed the publisher to not even edit the book?” she began. “I don’t believe anyone ever said ‘holy cow’ at the moment of her first orgasm,” she said disdainfully, voicing a familiar criticism that she would repeat more than once before the end of the night.
END_OF_DOCUMENT_TOKEN_TO_BE_REPLACED 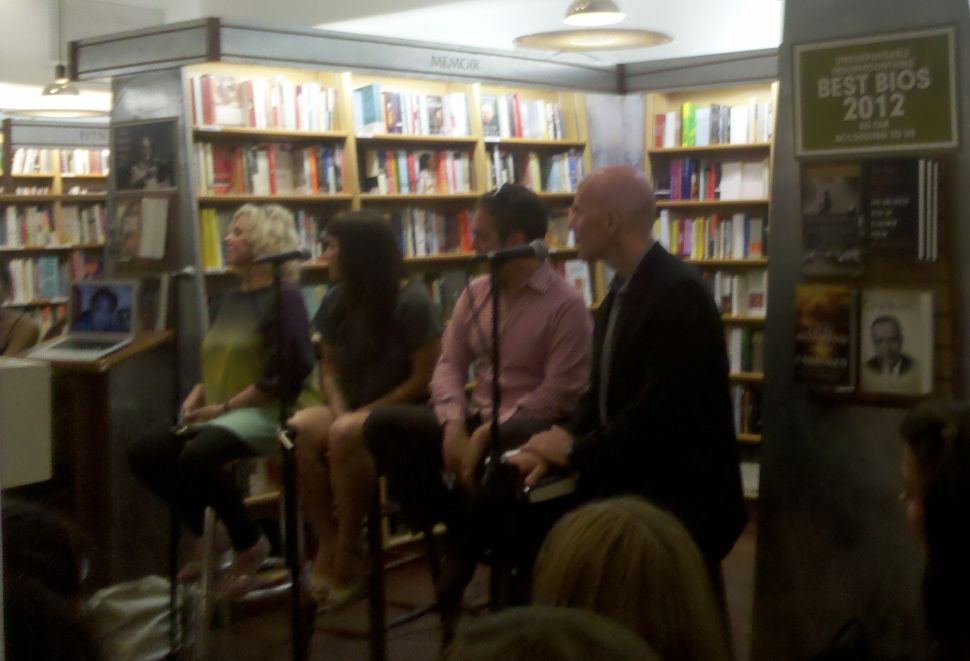