“This gentleman made a mockery of journalism, and he did it for no other reason than to sell his books, ” Peter Shankman told The Observer by phone this week. The social media entrepreneur (who believes in “Twitacles”) was talking about Ryan Holiday, American Apparel public relations expert and social media con man. Mr. Holiday’s release of his first book, Trust Me, I’m Lying, last week coincided with him revealing that he had used Mr. Shankman’s service, Help a Reporter Out (or HARO), a clearinghouse for would-be expert sources, to deceive news outlets like MSNBC, ABC, and The New York Times.


“Reporters have had sources for years before HARO,” Mr. Shankman told us, explaining his service.”They’ve had sources since journalism was created. What I’ve done with HARO, and what Vocus, the company that’s acquired HARO has done, has made it easier for journalists to find those sources on deadline by creating a system where anyone who has knowledge on anything can offer to be a source on a story. That does not take away the journalistic responsibility of vetting a source.” (Mr. Shankman is currently the VP of HARO after selling it to Vocus.)

Unfortunately, journalists under a tight deadline might not always have time to vet sources thoroughly, and Mr. Shankman’s services prominently displays a message to PR people:

From The New York Times, to ABC News, to HuffingtonPost.com and everyone in between, nearly 30,000 members of the media have quoted HARO sources in their stories. Everyone’s an expert at something. Sharing your expertise may land you that big media opportunity you’ve been looking for..

Mr. Holiday claims that this courting of public relations creates a perfect environment for “lazy journalists” to get duped, and that this was exactly what Mr. Shankman was trying to exploit when creating the website.

As he wrote in a recent Huffington Post article about the subject:

Yes, HARO is just a service and as the middleman Peter can’t be held totally responsible for lazy reporters who don’t fact check their sources. But then again, it was being aware of such laziness that likely drove him to create the site in the first place, and THAT is precisely what he exploits as a publicist. And today, it’s what makes Peter defend the indefensible monster that HARO has become. He makes too much money from it.

After the news broke on Thursday over at Forbes and became the biggest story on the site (which later took down the post, along with the one Mr. Holiday himself wrote about crazy bloggers the next day), Mr. Shankman angrily railed on his HARO blog:

Let’s be clear: This idiot (Ryan Holiday, the liar,) did this for one reason, and it wasn’t anywhere NEAR as altruistic as “an experiment.” He wrote a book on how to lie and get in the media, and he was promoting it. End of story. Want more proof? You know what this guy did before he wrote this book? HE WORKED FOR TUCKER MAX, the man who’s written multiple books on how to lie to get laid. Enough said.

Except not really. Mr. Shankman then went on to once again to chide reporters who fell for Mr. Holiday’s con while using his service.

I stand by this: “As a journalist, it’s always been your job to do your research and check the source, whether you find that source on the street, on Craigslist or on HARO.”

The Society of Professional Journalists tweeted a link to the article with the comment, “Journalists: 1) Crowdsourcing is fine. 2) Fact checking is still a thing. 3) Heard of Google?”

In that regard, Mr. Holiday and Mr. Shankman are in complete agreement (along with Jim Romensko, who told Mr. Holiday the duped reporters got what they deserved.) Mr. Holiday, however, thinks that resources like HARO are as much the problem as the journalists who use the site. In an email to The Observer, he wrote:

If HARO really cared about “helping” journalists, you’d think that efforts like mine to point out the vulnerabilities in the system would be appreciated, even if they are a little embarrassing. The correct response would be to list the new safeguards HARO is putting in place to prevent this from happening. Instead they’re circling the wagons, denying they have any responsibility to vet their contributors, and pretending it’s all ok. Why? Because HARO depends on this kind of easy, lazy journalism and any safeguards would limit its attractiveness.

Literally ANYONE can sign up for an account and be a source. Do journalists know this? I could sign up for a new account under a fake name tomorrow and HARO wouldn’t care the least. (nor could they stop me)

I may have lied to some reporters to prove my point, but at least I’m not lying to myself the way these journalists and publicists are: there is no way around it, HARO is icky and bad for the news.

But then again, why should we trust Mr. Holiday’s claims of altruistic intent? After all, he IS a self-proclaimed “media manipulator,” and the truth isn’t so black and white. In the case of some of the stories Mr. Holiday chose to become an “expert” in, there was essentially no way he could be vetted: He was quoted in the Times article claiming to be a record collector, when in fact, as he told The Observer, he didn’t even know what an LP was. He replied to an MSNBC pitch on HARO asking “HAVE YOU BEEN THE VICTIM OF GERM WARFARE?” with this hilarious e-mail:

My name is Ryan Holiday and I’m the Director of Marketing for the LA-based
clothing company American Apparel. I am also a germ warfare survivor.

I’m young (24) but I’ve worked my share of crappy, wage-labor jobs. At one,
a Burger King in Sacramento, CA, where I worked during high school, I made
an enemy out of a line cook. He was a tall, rangy kid from another local
high school — Shaggy we all called him. Shaggy and I liked the same girl.
She chose me, etc., etc. Anyway, one day Shaggy shows up to work sniffling.
I didn’t think much of it. I avoided him, he avoided me. At one point, late
in our shift, he calls me over. He says, “Hey Ryan, come here. I got
something to show you.” So I wander over, because I’m curious.

I get there and he’s holding something in his right hand. It’s cupped, so I
can’t see what it is. Turns out it was one of those small packets of
pepper. Shaggy opened the pepper, snorted the contents, and then sneezed
directly in my face. Just all over my face. Big, phlegmy chunks of flu in
my hair, on my nose, some even got in my mouth. I rushed him, because it
was an obvious attack — germ warfare. Several employees held me back. I
quit on the spot. I haven’t been back to that Burger King or seen Shaggy
since.
Would love to talk more!
Ryan Holiday

The story made it into the MSNBC piece, though it was removed when Mr. Holiday exposed his con. Mr. Holiday used his real name, his real age, and his real job. He told The Observer that he even once knew a guy named Shaggy. This human interest story would have been almost impossible to fact-check. (Though neither does it really count as “germ warfare.”)

As for Roy Furchgott, the young man who wrote The New York Times piece about turntables and record-collecting, well, he’s not going to be talking about his experience anytime soon. When reached for comment, he advised us to first contact the Times’ PR department. They replied via email, saying that Mr. Furchgott wouldn’t be available for comment, and:

Our fact-checking process is already quite vigorous. While we have no written guideline that would say specifically to verify a source like these online “experts,” it is one of those givens that fall under the broad guidelines of the 1999 Newsroom Integrity Statement and the ethics handbook. The freelancer who made this error has been reminded of these policies.

So what have we learned here? That the Internet has made it easier for people like Mr. Holiday lie to journalists? Is that the lesson? Because if so, The New Yorker was already way ahead of the HARO-gate: 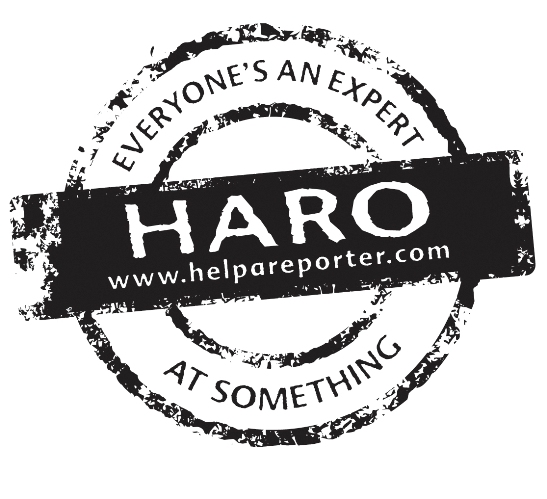