Today, Ryan Zinke, an ex-Navy SEAL and Montana State Senator, announced the launch of Special Operations for America, a political action committee dedicated to “the election of Mitt Romney and like-minded candidates.”

“Navy SEAL’s, Special Operations Personnel and Veteran’s across America have been outraged since Barack Obama conveniently took credit for killing Osama Bin Laden for political gain,” a statement announcing the launch of SOFA said. “The active duty military has no voice as they are forbidden to publicly engage in the political campaign process and it is career suicide for senior military leaders to speak out against the President.”

Mr. Zinke, who has frequently slammed the president’s handling of the raid that killed Osama bin Laden, reiterated his criticisms of the operation.

“The President has failed and he is jeopardizing the safety of our troops, their families and our National security for political gain. Obama has exposed the identity of special operations units, leaked classified information, and limited the rules of engagement of forces on the ground,” said Mr. Zinke. “For those who have taken an oath to defend the Constitution against all enemies, both foreign and domestic, it is a call of duty to take back America from a Commander-in-Chief that is incapable of understanding the sacrifices that have been made for the values that have made America great.”

Mr. Zinke has served in the Montana State Senate since 2009. According to Afghanistan and Iraq Veterans for Congress, a political action committee dedicated to electing Republican vets, Mr. Zinke was a member of SEAL Team Six, the elite unit that killed Bin Laden, from 1990 until 1993 and from 1996 until 1999. He held several titles including Task Force Commander. In 2004, Mr. Zinke was named “Deputy and acting Commander, Combined Joint Special Operations Task Force-Arabian Peninsula in support of Operation IRAQI FREEDOM” in that capacity he “led a force of over 3500 Special Operations personnel in Iraq in the conduct of 360 combat patrols, 48 Direct Action missions, and hundreds of sensitive operations” and “was responsible for killing or capturing 72 known enemy insurgents and terrorists.” 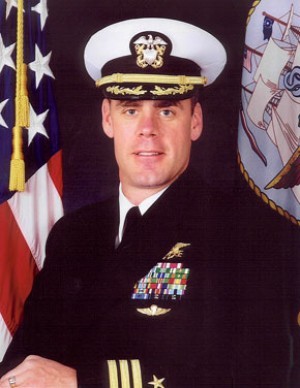