Special Operations for America, the pro-Mitt Romney political action committee formed by former Navy SEAL Team Six Commander Ryan Zinke will be sponsoring a car at NASCAR’s Brickyard 400 at the Indianapolis International Raceway this Sunday. FAS Lane racing’s Sprint Cup Series #32 car, which is being driven by Ken Schrader, will sport the SOFA name and logo along with website information and the slogan “Join The Battle.”

“We’re proud to be part of NASCAR and this opportunity to reach millions of voters who share our time-honored, conservative values,” Mr. Zinke said in a statement. “This is the type of grassroots effort that is needed in order to elect leaders who will restore America to its founding principles.”

Mr. Zinke, a Republican Montana State Senator announced the launch of SOFA last week. The PAC is dedicated to “advocat[ing] for the election of Mitt Romney and other candidates who want to bring true leadership back to Washington along with an enduring belief in American Exceptionalism.”

During a Navy career that lasted over two decades, Mr. Zinke served two stints as a member of SEAL Team Six, the elite unit that killed Osama Bin Laden. He held several titles with the unit including Task Force Commander. Mr. Zinke was assigned as Deputy and acting Commander, Combined Joint Special Operations Task Force-Arabian Peninsula in support of Operation IRAQI FREEDOM in 2004. He retired as a Navy SEAL four years later and ran for State Senate in Montana.

“The President has failed and he is jeopardizing the safety of our troops, their families and our National security for political gain. Obama has exposed the identity of special operations units, leaked classified information, and limited the rules of engagement of forces on the ground,” Mr. Zinke said in a statement announcing the launch of the PAC. 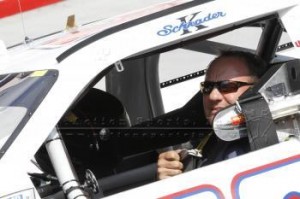