Alexander, who also served on Obama’s transition team and as general counsel to Newark Mayor Cory Booker during his first run for office, lives in Montclair.

Gill, an attorney, has served in the state Senate since 2002 and before that served four terms in the Assembly.  She serves on the powerful Senate Judiciary Committee and as chair of the Commerce Committee.

Earlier this year, Gill challenged several candidates for the 10th Congressional District seat left vacant with the death of U.S. Rep. Donald Payne.  She placed third in the race, losing to Payne’s son Donald, who will likely win a full term in November. 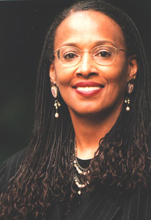