New York City icon, author and essayist Fran Lebowitz needs little in the way of introduction. Via ANIMAL New York, she recently made an appearance at Soho bookstore McNally Jackson for the release of the book ‘While We Were Sleeping: NYU and the Destruction of New York,‘ which was written by a group of NYU faculty members (but of course) who are in opposition to the university’s president, John Sexton. Ms. Lebowitz was her usual fiery self, which is to say utterly captivating and refreshingly impassioned.

Some highlights, with the full video below:

“I don’t love NYU. I didn’t hate it before. I just never thought about it. It’s not of interest to me. And it really should be stopped from being called NYU, because it really has nothing to do with New York. It is suburban—to the core. Those buildings they built on the south side of Washington Square Park are giant pieces of suburban junk. They have no place in any city—even cities we hate! Even Atlanta doesn’t deserve these! We have a mayor we don’t deserve, we have a city council we don’t deserve, and now we have a neighborhood we don’t deserve.”

“The worst thing about being around these people, about these students, is overhearing their conversation. For that alone, I walk around my neighborhood in a constant rage, thinking I want to say to them, ‘No, no you’re not.’ NYU should move out of New York. A campus is a suburban entity.“

“I said actually to Michael Bloomberg, ‘I never thought I’d have the chance to vote against you three times.'”

On New York’s lack of affordability:

“Whenever people say, ‘I can’t really afford to live in New York,’ I say, ‘No one can afford to live in New York! You just stay here, and, as long as you’re not in jail, you’re living in New York. You have no idea how you paid all this rent. If you add up all your rent from 1968, you realize you can be like a prince from Dubai. How did you pay this? You don’t know. The entire time I lived here, I lived inside. It’s an amazing feat! I don’t know how I did it. I don’t. I don’t know how you do it. Neither do you.”

“Am I the only person who found it unbelievably offensive to see a billionaire and a millionaire—Bloomberg and [City Planning Commission chair] Amanda Burden—pacing off to see: How tiny a room can someone else live in?! There is a reason there are laws against apartments that are too small. There is a reason for it. There is a reason for it. He has to change the laws to make apartments this small. He’s used to changing laws. It’s his profession. … It’s important that it’s illegal to live in a place that small. It’s important because laws show the value of the country, of the city. So we say, we have a value: Our value is that people shouldn’t live in a shoebox. It’s not good for human beings. We know you’re going to go against this law. But we’re gonna have the law to show that we believe you shouldn’t do that!

“But when you have a mayor who says, ‘You know what? We just looked at the census, and we see that there’s all these people in New York, it turns out.’ This is news to him—everything’s news to him, by the way—it turns out that 50 percent or 60 percent of the people who live in New York are single or live in one- or two-person households. So these people don’t really need these gigantic, 350-square-foot apartments! They could live in 245 square feet. Michael Bloomberg lives in a two-person household. In eleven houses. I am offended. Aren’t you offended?” 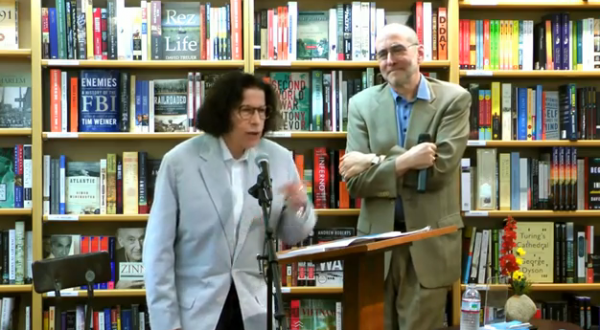