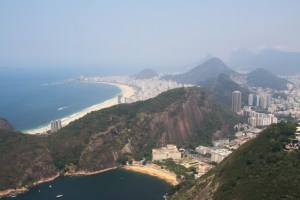 We’ve run out of ledes for articles about Gagosian expanding around the world so we’ll just get right to the news: Gagosian plans to stage a “major sculpture exhibition in a warehouse in Rio de Janeiro as part of the ArtRio fair,” according to New York Times reporter Carol Vogel. The fair runs Sept. 12 to 16 this year, and Ms. Vogel notes that Gagosian will have a booth at the fair as well. (As she points out, it’s a sensible play by Larry Gagosian: Brazil’s art market has exploded in recent years, along with its broader economy.)

Gagosian’s pop-up space in Rio is reminiscent of the temporary group show it staged in 2008 at the Red October Chocolate Factory in Moscow. At the time, that move fueled speculation that Mr. Gagosian was planning a gallery in the Russian capital, though a space never materialized. (Smartly following the money, the gallery has also done shows in St. Barths during the end of the year.)

It’s really shaping up to be a wild September in Brazil. The 30th edition of the Bienal de São Paulo will open to the public on Sept. 7, right before the start of ArtRio.

Will Gagosian eventually establish an outpost in Brazil? Do you have suspicions about where he will next open a gallery? In Istanbul, Tel Aviv? Please do share your thoughts respectfully in the comment section below.