An invitation to disaster

After receiving several complaints about the throngs of bikini-clad women grinding up on the rooftop pool of the Gansevoort Hotel, the management has taken steps to make their Sunday afternoon club scene a little less intense.


Last Tuesday, the New York Post reported that neighbors of the Gansevoort had been increasingly bothered by the window-shaking music blasting from the hotel’s roof-deck on Sundays, where flocks of young people would cram the outdoor area and wiggle to window-shaking music. The weekly parties were allegedly 250 people over capacity. One day after the story broke, the city promised to look into the matter., since nobody hates women in bikinis dancing around as much as the residents of that town from Footloose the Meatpacking District.

Since investigating poolside shenanigans is the number one priority of city officials, the problem was fixed by this weekend, when a private Maxim party on the roof had only held 50 people (the maximum capacity) quietly partying near the pool.

That still hasn’t solved the problem, in the eyes of some neighbors.

“It seems like less people today,”(26-year-old) Andrew Davis said. “But it’s not 95 degrees, and it’s not great pool weather. I would need more weeks of warmer weather to see if there’s a change.”

We wouldn’t worry if we were Mr. Davis, since those nubile bodies have obviously migrated East for the summer and are currently living it up at the Wythe Hotel in Brooklyn with Skrillex and some DJ who looks like Jesus. 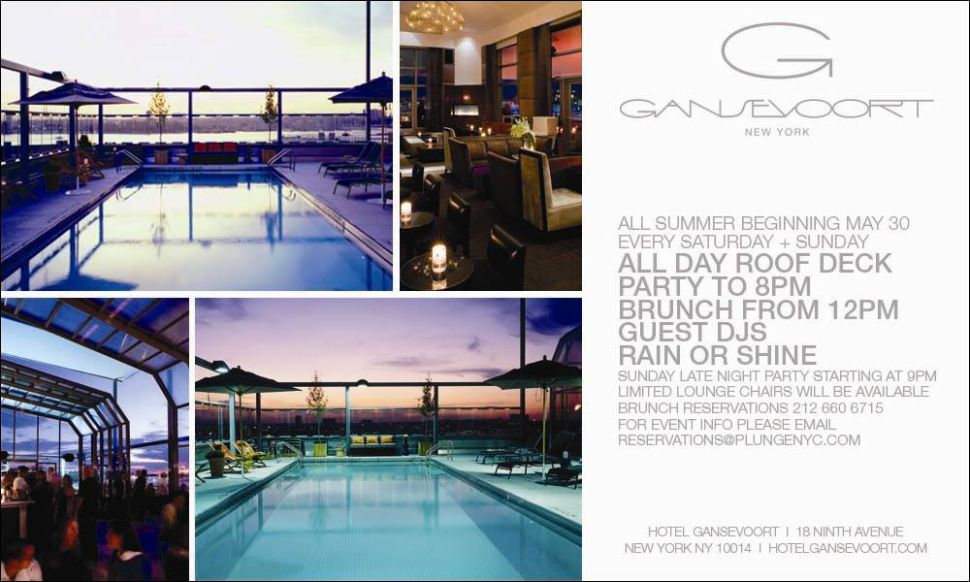