But since we weren’t even aware that R. Kelly had a biography, let alone one called Soula Coaster (what?), and the fact that we’d watch Gary Oldman read the phone book as long as it served as a reminder that in nine days he will be Commissioner Gordon for the final time, this Jimmy Kimmel Live clip is must-see TV.

Gary Oldman must yearn for the days when his “dramatic readings” were comprised of scenes from Rosencrantz and Guildenstern Are Dead, and not punchlines for late night viewers who were unaware that most of the actors from Christopher Nolan’s Batman trilogy are actually British. 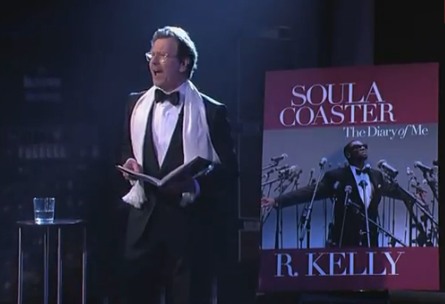