A little less than a year after being acquired by Skype for an estimated $80 million, GroupMe’s* founders Jared Hecht and Steve Martocci are still in startup mode. Today the company released “Experiences by GroupMe,” the biggest expansion beyond its core group messaging function.

The service, which was released to select New York users this morning, offers groups of friends a handpicked list of events like, say, a concert, dinner, or UCB improv showcase in Central Park. Each event comes with an “I want to do this” button and lets users create a landing page with a unique URL to recruit friends to sign up. Experiences then lets you split the bill–using standard Visa, Amex, and Mastercard options that won’t charge your card until all the spots have been reserved. Better still, GroupMe builds a group around the event for you to communicate with everyone who’s attending.

“We own the experience end-to-end,” Mr. Hecht told Betabeat over the phone.

The events and experiences space makes sense for a service that proved its utility to the masses at SXSW. But Mr. Hecht said this has actually been part of the plan since GroupMe first launched at TechCrunch Disrupt. They put together a product road map, “with the idea that we would ultimately want to get to a place where we could help groups of people make decisions better, where we could help them get together better in the real world and where we could ultimately help them buy things together.”

For the privilege, GroupMe takes an “industry standard” percentage of gross sales for every Experience.

Beyond monetization, it doesn’t hurt that Experiences also give people another reason to use GroupMe. “We really do believe that we have the most fun when we’re with our friends, doing activities, sharing moments, communicating with them in private,” added Mr. Hecht.

There are also plans down the road for a self-service option, Mr. Martocci explained. “We’e starting with great curated stuff from our team, but we envision this going into things like empowering people to create their own experiences.” Hopefully in time for summer-share season next year? 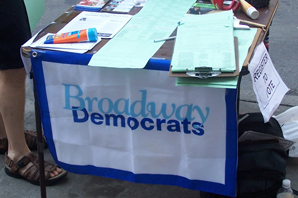