TRENTON – Acting Governor Kim Guadagno signed another piece of legislation into law today, marking the second time in as many weeks the executive’s second in command fielded questions from reporters at the governor’s rostrum.

“I expect to fill in for the governor when he’s out of state,” Guadagno told reporters after one of them noted the lieutenant governor’s  increased exposure in front of reporters’ microphones and TV cameras.

“We deal with it on a daily basis,” she added, explaining that aside from another bill signing planned for Wednesday, she doesn’t have big plans to make executive decisions while Gov. Chris Christie tours the nation.

Christie is out stumping for presidential hopeful Mitt Romney today and is not expected to return to New Jersey until Thursday, Guadagno said.

The acting governor didn’t say what bill she may sign Wednesday. 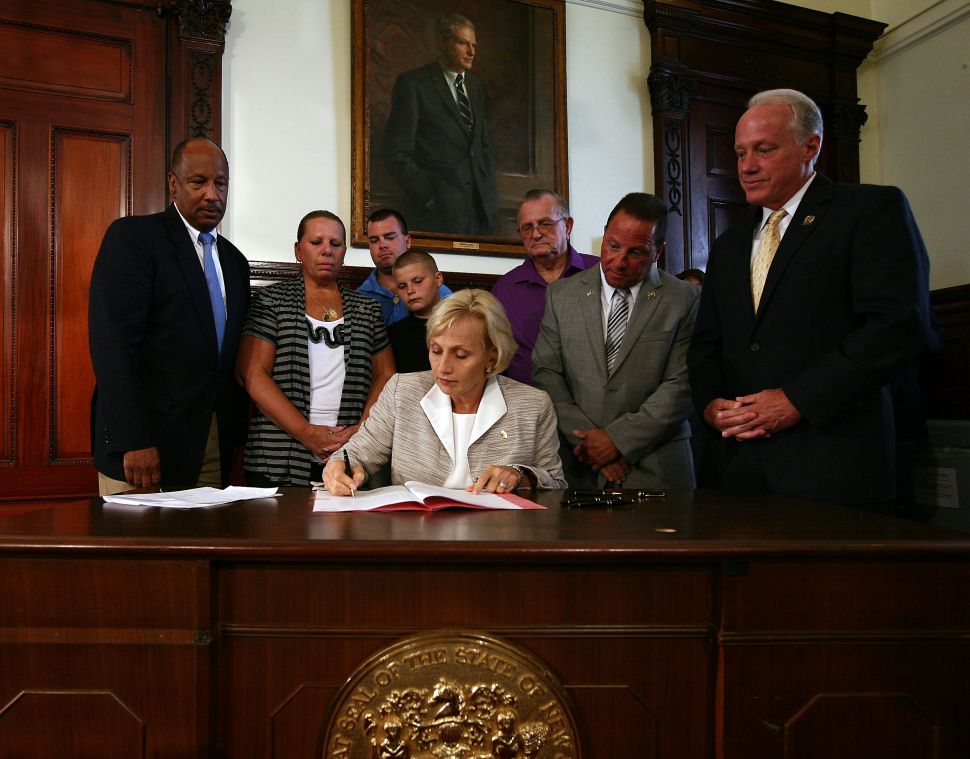