As the FBI lays siege to City Hall as part of an ongoing probe of Mayor Tony Mack, a bealeaguered capital city tries to figure out a way forward.

A source close to the mayor said if he is charged as part of a federal investigation, he would likely not resign heading into trial. To be clear, the mayor to date has not been charged.

Among those who would consider running for mayor to succeed Mack is Assemblyman Reed Gusciora (D-15).

A source close to the veteran legislator said he has received phone calls and would consider running. Redistricted out of Princeton Township, Gusciora moved to Trenton last year.

Contacted for comment, Gusciora said “I think someone has to have the vision to correct the flaws in the educational system, attract businesses for jobs and work with the state Legislature to secure necessary funding,” said the assemblyman. “If we get someone like that I would be totally supportive. Short of that, I would consider doing it myself. I’m committed to the city. I live in the city now.”

Gusciora described his own frustration with the situation, pointing out that Mack’s and his administration’s troubles prevent investors from wanting to move forward in Trenton, and create a chilling effect in the capital from lawmakers who hestiate to support any increased funding for the city until there’s a change at the top. 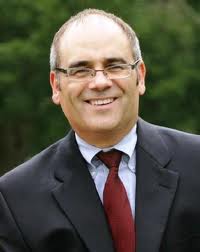