On a clear November day, the hard-working students of Harvard College took a collective study break and poured onto the walkway in front of Lamont Library. Undergrads, an inordinate number of them sporting hoodies, pressed their bodies against a set of temporary barricades, their smartphones and cameras held aloft, eyes intent on a grinning visitor making his way from one of the Yard’s gates to a mic stand that had been set up smack in the middle of the walkway.

The excitement wasn’t for Jason Segel, who would be selected as the Hasty Pudding’s Man of the Year in February, nor for Andy Samberg, who’d be tapped to give the Class Day Speech later that year, but a former classmate—a “concentrator” in computer science and psychology—who eight years ago had been just like them, a hard-working kid with amazing grades and questionable social skills, well on his way to a comfortable future.

As Mark Zuckerberg paused to answer questions, the giddiness was almost enough to make everyone forget that, like Bill Gates before him, the Facebook founder had dropped out of Harvard well before receiving his sheepskin.
END_OF_DOCUMENT_TOKEN_TO_BE_REPLACED 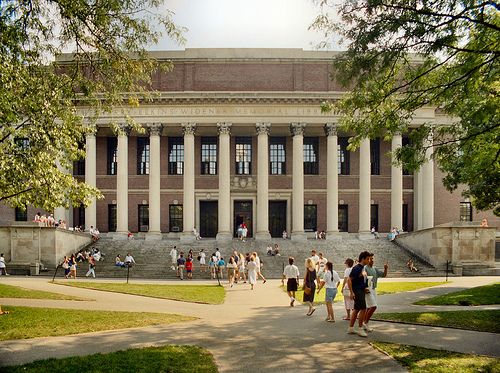