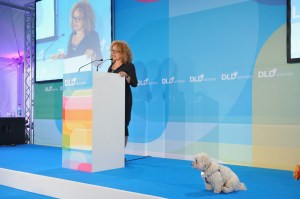 Documenta 13 is in full swing in Kassel, Gemany. Reviews have been coming out at a steady clip and they are, for the most part, quite positive. (Here is Observer Culture Editor Sarah Douglas’s take.) A great deal less has been written about the other Documenta events taking place worldwide, from the exhibition in Kabul, Afghanistan to its seminar in Cairo. But that is slowly beginning to change.

Kaelen Wilson-Goldie has a nice Scene & Herd about “The Cairo Seminar,” which took place earlier this month. She sets the scene:

“The Cairo Seminar” took place from July 1 through July 8, and for most of last week, the sixty-odd people involved—students, speakers, and invited guests (all but two of the twenty sessions were closed to the public)—were actually in Alexandria, Egypt’s second-largest city, and more specifically in Miami, a popular neighborhood on the eastern end of Alexandria’s seaside urban sprawl. Then, on Saturday, everyone went to Beirut, which, in the world of Documenta 13, is not the capital of Lebanon but an as-yet-unopened art space in Cairo run by the curators Sarah Rifky and Jens Maier-Rothe. Confusing? Yes, but also unconvincing as a conceptual gesture of enacting displacement or embodying dislocation, and moreover, way too cute.

Meanwhile, Documenta is presenting a fairly ambitious exhibition in Kabul, which Ms. Wilson-Goldie reports has apparently been receiving an impressive 2,000 visitors a day, even though, a day before the opening, “the Taliban attacked a resort hotel outside the city, reportedly looking for foreigners.” Lebanon’s Daily Star has more on the Kabul show, including this quotation from Documenta’s artistic director, Carolyn Christov-Bakargiev: “War creates facts…but art, too, creates fact of a different order, and art has a major role to play in social processes of reconstruction through imagination.”

Writer and artist Stephen Truax, who was at the VIP preview for the Kassel show, tells us that Ms. Christov-Bakargiev informed the guests that her BlackBerry autocorrected “Kassel” to “Kabul” in an e-mail that she was writing while preparing the show: an auspicious sign. (Incidentally, we just tried this on our BlackBerry, and it suggested “Tassel” and “Passel,” but ours is a bit of a clunker.)

The fourth international section of Documenta is still to come: a “retreat” for various scholars to Banff, Alberta, in the first half of August.