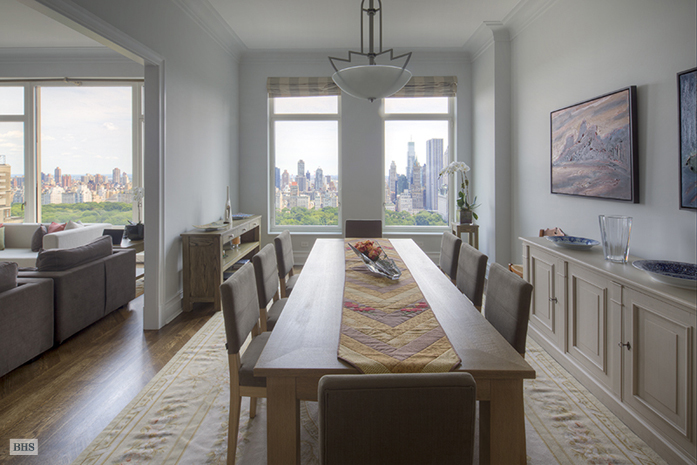 A dining room or a living room, you chose. Either way, you'll always have the view. 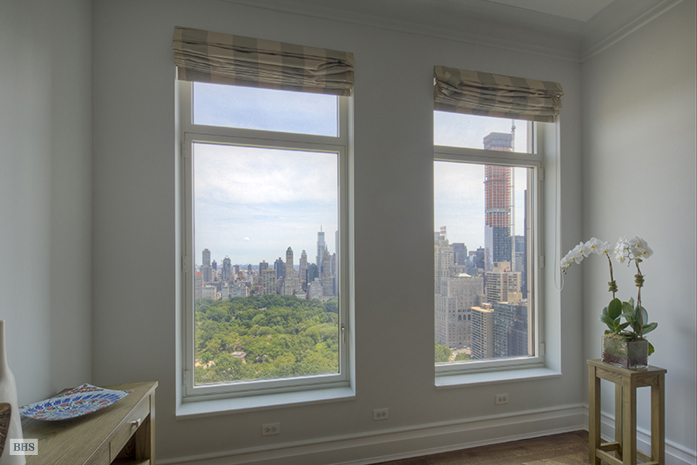 And yet another room with Park views. 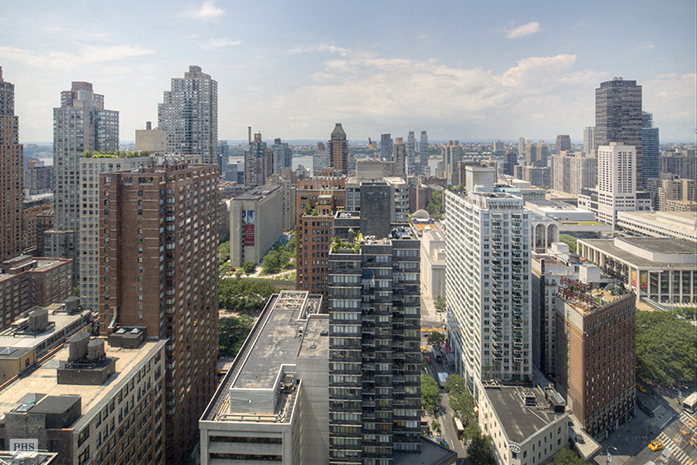 Here's the other view. 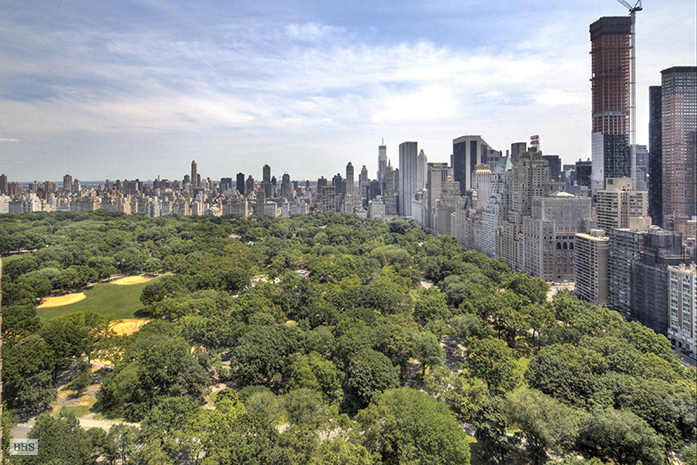 This is tower living.
Advertisement 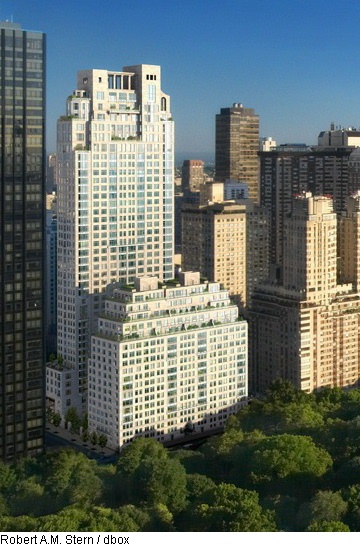 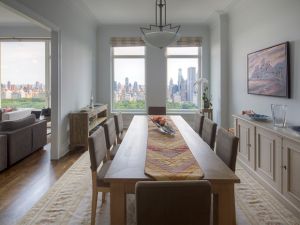 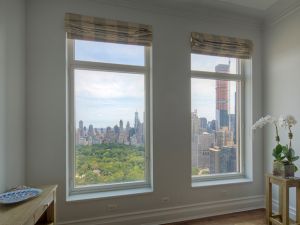 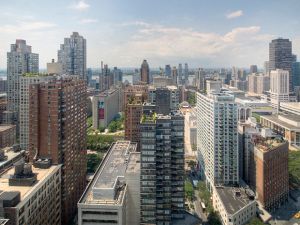 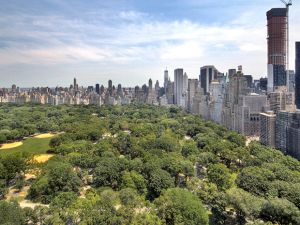 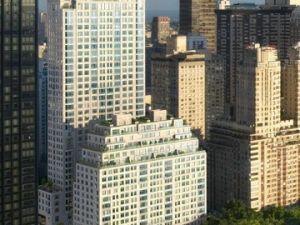 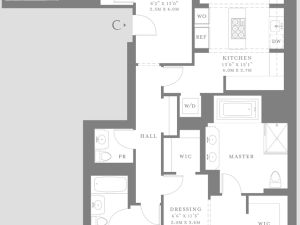 Apartment 32C is situated in one of the towers of 15 Central Park West—a lofty, three-bedroom perch from which to view the city, although perhaps not so lofty as the asking price of $27.7 million.

Italian business bigwig Piofrancesco Borghetti, who serves as chairman of the board at Marbert Holding AG and a handful of other powerful companies, bought the spread for just $9.8 million in 2008, according to city records.

It seems he may be selling for more than just the chance to take advantage of a good market: The Real Deal has noted that he has been charged with crimes in Italy, including embezzling 19 million euros and making fraudulent bankruptcy claims. We guess he could use the money from the sale and, encouraged by his upstairs neighbors’ ability to more than double their money with the sale of a 37th-floor 3-bedroom condo, Mr. Borghetti apparently saw no reason not to go for triple. He’s angling for a little more than $10,000 a square foot (the apartment is a relatively diminutive 2,761-square feet), but he just might get it. One57 may be rising fast, but for the moment 15 CPW remains the brightest star in the sky.

“It’s the only apartment available in the tower right now,” said Brown Harris Stevens listing broker Paula Del Nunzio. “It has totally unencumbered East and West views, with three rooms over the park.”

The living room faces East, overlooking the park, as does the 20-foot library and one of the bedrooms, which goes to the early riser in the family.

The master bedroom (tailored walk-in closets and dressing area, Calacatta marble-clad master bath) is perfect for the late sleeper, as it looks West over the Hudson River.

Ms. Del Nunzio noted that apartments in the C-line are “really gorgeous” and often fetch a premium, even by 15 CPW standards. And while she didn’t want to be negative, she added that “some of the other corner apartments face into the interior, or other buildings.”

With this listing coming on the heels of the $50 million listing at the Ritz-Carlton, we couldn’t help but wonder if the luxury market would ever slow from the frenzied pace it’s maintained since spring.

“It’s impossible to predict the future,” Ms. Del Nunzio said. “But if the past is any prologue, it seems that there is a certain niche of buyer that feels New York is a particularly good place to make a purchase.”