Sometimes the hardest question to get a founder to answer is why anyone would regularly use their app. That’s particularly true for startups that solve a problem users don’t actually have.

But often, the pitch for why X app is better at rating, or recommendations, or social planning relies on the assumption that it will be populated by users just dying to share their personal tastes or make plans  . . . using an app that’s on screen four of their smartphone, right next to Draw Something.

That’s been the problem with Stamped, a remarkably sleek ratings and recommendations app launched by Xooglers last November that allows users to give their “stamp” of approval to books, songs, restaurant recommendations, you name it.

Back then, we said, “Until we see how many ‘friends’ opt in, it will be hard to tell if Stamped is a signal, or adding to the noise.” And unlike the steady ping of notifications for friends joining Instagram or Pinterest, not many have–and certain few outside the tech world.

That lack of engagement in Stamped, however, didn’t stop a stream of celebrity investors including Justin Bieber, Ellen Degeneres, Ryan Seacrest, and Bieber’s manager Scooter Braun, from plunking down an unspecified amount in the startup. The New York Times Co. and Columbia Records also went in. As did Eric Schmidt through TomorrowVentures, CrunchFund, and Metamorphic Ventures, bringing the company’s total funding to $3 million.

The founders seem to be aware of the problem, which is why they’re revamping the entire project, ostensibly moving away from their competition. “We’re a way to share your favorite things,” cofounder and CEO Robby Stein told TechCrunch. In version 2.0, social discovery–rather than rating–is paramount. There’s a section called The Guide to let you find new things to eat, watch, read, drink, etc. as recommended by the people you follow.

To that end, the company has integrated services like iTunes, Spotify, Amazon, and OpenTable, so you can start acting on the “stamps” that interest you. It’s also now available on the web, instead of just mobile. “It should be more like Pinterest and less like Yelp, they determined,” Business Insider said of the founders.

For celebrity watchers, there’s an obvious draw to the new Stamped (what does Bieber like?), and for others, it may be about seeing what books NYT recommends, perhaps. But where Stamped still needs work is helping regular users build up their own collections of things – something that, while easy enough to do, can still feel like a bit of work to do at scale, in order to really create a holistic picture of your interests.

Since the revamp, Mr. Bieber has “stamped” four different things on the app, all of which he mentioned in the charming promotional video below. (Is that Selena Gomez we hear laughing in the background?) For some context, Lance Armstrong seems similarly smitten with his investment, the social networking app Mobli, whereas his fellow investor Leonardo DiCaprio is a little more blazay blah.)

I really like the idea of Stamped, and its design, but stopped checking when it failed to get traction. I hope they can get better engagement in the new framework and convince its celebrity investors to actually use it. Otherwise, why should I?

Correction: An earlier version of this post stated that Mr. Bieber had been a member of Stamped since its launch last November and only used the app sparingly before he came on as an investor. The company informed us, however, that that account was a fake. Betabeat regrets the error. But can you blame us for wanting to beliebe? 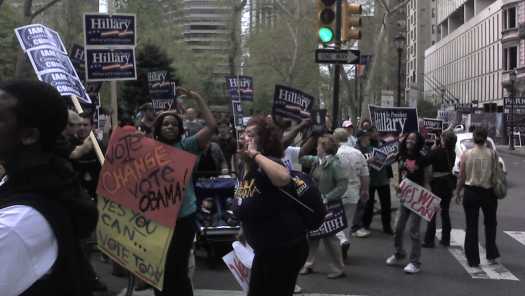