Kennedy is in a late Democratic Primary to secure his party’s line to run in a general election for a 4th District Massachusetts seat currently occupied by retiring U.S. Rep. Barney Frank.

“We saved the best for last,” former U.S. Rep. Patrick Kennedy (D-R.I.) said of his cousin, the 31-year-old grandson of the late Robert Kennedy. “You’ll be proud that you were here to start his campaign.”

As he shook hands in the crowd, PolitickerNJ.com asked Joe Kennedy his opinion of Republican Gov. Chris Christie.

“I think for all his bluster, he’s more willing than people might think to work across the aisle with Democrats,” said the candidate, who spoke for a half an hour to this Democratic Party crowd.

Kennedy impressed people here. “The Kennedy family has always had a special ability to connect, and Joe Kennedy exhibited that he has that ability for a new generation,” said Durkin.

Montclair Deputy Mayor Bob Russo presented a picture of Joe Kennedy’s grandfather to the congressional candidate and was delighted to receive Kennedy’s signature on the picture.

Recently married and now a resident of Atlantic County, Patrick Kennedy did not rule out a return to politics in New Jersey, but said he wants to take the next couple of years to focus on his family. He was also glimpsed working the room in preparation for the 2014 Special Olympics, to be held in New Jersey.

A source close to the event said the group raised $25,000 today for Joe Kennedy. 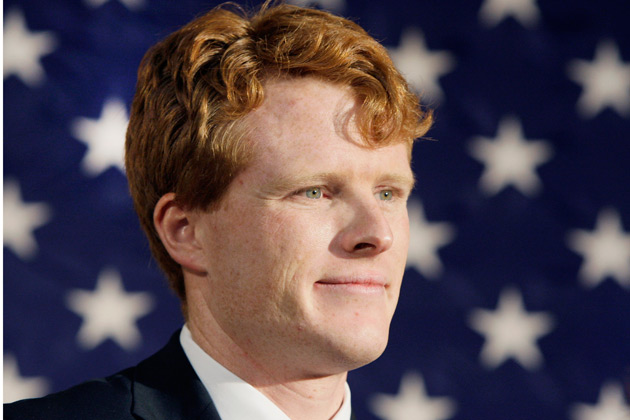