The Star-Ledger reported yesterday that Solomon, a superior court judge and former prosecutor and head of the Board of Public Utilities (BPU), will be Gov. Chris Christie’s choice for one of two vacant state Supreme Court seats.

Christie’s recent two nominees failed to get through the Senate Judiciary Committee.

“I served in the Assembly with Lee and worked with him when he became chair of the BPU,” Weinberg said. “He is very thoughtful and intelligent. Not only does he have the appropriate experience, but everything I know about him is only positive. Having said that we will make sure we have a balanced court.

“My initial impression is he’s head and shoulders above Chris Christie’s past nominees,” said Lesniak, who also sits on the Judiciary Committee and, like Weinberg, voted in opposition to Christie’s nominees, Phil Kwon and Bruce Harris.

“My information is on the surface right now and we have to go way beyond the surface,” the senator added. “But this is a person who has experience and he’s been an independent person. I wouldn’t expect him to take orders from the bench as I expect Kwon and Harris would have.”

A Republican member of the Senate Judiciary Committee, state Senator Kip Bateman (R-16) , Branchburg, said Solomon will probably make it past the committee.

“I think it’s a great choice, I really do,” Bateman said. “He’s a former judge, prosecutor, legislator, and head of the BPU. He brings a wealth of experience. I think Democrats will be hard-pressed to oppose him. It’s hard to beat him up. I think the governor’s made a great choice.”

Like his Democratic colleagues, state Sen. Paul Sarlo (D-36), Wood-Ridge, opposed Kwon and Harris and has nothing negative to say about Solomon. 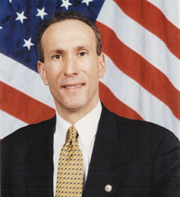