Dimitry Sheinman in Inwood Hill Park with his daughter and his dog in 2004. (Photo: TheSheinmanSource.com)

Dimitry Sheinman is an author, painter, self-proclaimed clairvoyant and, most importantly, a suspect in the brutal 2004 killing of Juilliard student Sarah Fox.

In June, after several years in Africa, Mr. Sheinman returned to New York to deliver police information that he claimed he obtained through psychic visions—and to shop around a book about his experience with this still-unsolved Manhattan murder mystery.

About a month after Mr. Sheinman’s re-emergence, the Fox case sprang back into the headlines when an unnamed official told reporters that DNA from a discman found near Fox’s body matched a chain that Occupy Wall Street protesters used to hold open gates at subway stations to provide commuters with free rides. A day later, another unnamed official revealed the DNA match was the result of an error: evidence from both cases was tainted by a lab worker.

In 2004, then-DA Robert Morgenthau said that Mr. Sheinman was the “number-one suspect, but there is not enough evidence to charge him.” Police and the district attorney’s office declined to update that statement, and the investigation is still open.

The Observer sat down with Mr. Sheinman at a Midtown bar earlier this month. Accompanied by his wife, Jane, who has stood by him since he was named as a suspect in the Fox case, he was unassuming, with closely cropped salt-and-pepper hair and well-muscled arms poking out of a tight T-shirt.

Mr. Sheinman, who was born in Moscow, spoke rapidly, with a thick Russian accent, fixing his wide blue eyes intently on us throughout the conversation. As a demonstration of the existence of psychic “sensitivities,” he asked us to hold our arm across the table.

“This might be a little strange for you, but look at this, I’m not going to touch you,” he said, passing his fingers over our skin and ever-so-slightly grazing the arm hairs that rose up as he moved. “Here you’re starting to feel what I’m doing, and at first you didn’t, but then you did. And so, I was pulling a little bit on your flesh. I can go more deeper, then I know things about you. It’s like a computer, 0-1-1-1-0-0. That just shows me your amount of sensitivity; people sometimes block it. Like, I also—I know what you feel, it sounds creepy to regular people.”

Indeed, Mr. Sheinman’s claims do sound disturbing to some. According to Mr. Sheinman, detectives began suspecting him in the Fox case after his first psychic vision, which occurred while he was being questioned in the police precinct. He details the experience in the third chapter of his manuscript.

While looking at a map of Inwood Hill Park, where Ms. Fox was found naked, strangled and surrounded by tulip petals, Mr. Sheinman writes that he was “transported to the murder site, suspended from above,observing the nightmare unfolding below,” with Ms. Fox “hovering over the crime scene” beside him. Mr Sheinman said he shared his observations with the police in an attempt to help them solve the crime.

“I had a vision of the killer grabbing her and punching her and, as a result, smashing her ribs. So I said maybe she has a broken rib,” Mr. Sheinman remembered.

A question from the police provoked another psychic revelation, he said.

“They asked if he f–ked her. …You know, they tried to speak in that kind of a tone to, like, strike up camaraderie between sick minds,” said Mr. Sheinman. “I saw her clothes neatly piled up … and her tampon, on top of the clothes. So I thought, my God, she had the period. Probably not, that’s what I said.”

After he was questioned, police asked Mr. Sheinman to return to the 8precinct again. During this visit, he made another observation about the crime. However, Mr. Sheinman said he’s not sure whether it was genuine clairvoyance.

“This one big-shot detective was insinuating a stick, so I don’t even think it’s a clairvoyant vision …Then they go, ‘Did he put a stick into her?’” Mr. Sheinman said. “Then he was showing me with his hand, and then maybe clairvoyantly, or whatever, I thought maybe he did, but I’m not sure that’s pure clairvoyance.”

Whether it was clairvoyance or not, Mr. Sheinman said his three revelations about Ms. Fox’s death all proved correct. Since they also all involved facts investigators hadn’t revealed to the public, Mr. Sheinman became the police’s main suspect. 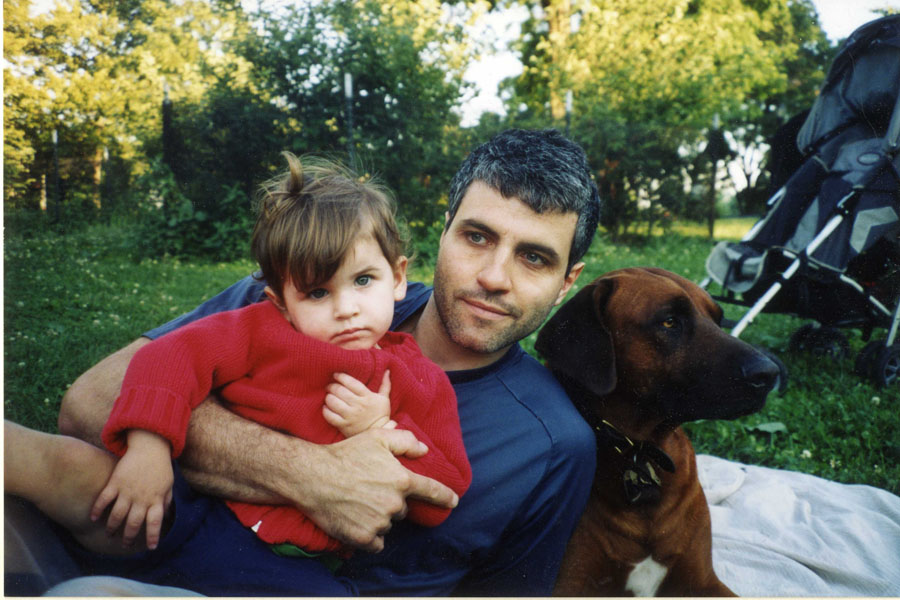