The photo comes from The Canyons official Facebook page, along with a press release announcing Ms. Lohan and Mr. Deen as the official stars of the film.

Previously, Mr. Ellis announced on Twitter that Ms. Lohan was attached to the film, but there was some dispute over whether or not she had signed her contract.

The Canyons is a contemporary L.A. noir about the dangers of sexual obsession and ambition, both personally and professionally, among a group of young people in their 20’s and how one chance meeting connected to the past unravels all of their lives, resulting in deceit, paranoia, cruel mind games and ultimately violence.

Leading the independent charge is Braxton Pope (Shrink, The Take), formerly with a deal at Lionsgate, who is producing the feature. The film was brought together using new media methodology, financed partly by the crowdfunding platform kickstarter, where the filmmaking team raised over 150k for their endeavor and partly by Schrader, Ellis and Pope in an effort to retain creative autonomy. They also used the internet casting service letitcast and opened the acting search to professional and amateurs across the globe, as well as Schrader regularly updating his progress via the film’s official facebook page and the twitter accounts of Ellis and Pope. Additionally they also cast a role on social media platform Mobli, a leading social photo and video sharing site.

Said Ellis, “Dealing with the casting of The Canyons was a great, liberating process–for both the production team and for actors in general. We used letitcast and saw some amazing actors that we will definitely keep in mind for future projects. The way the entire cast came together so quickly was a thrill and everyone who landed their roles deserved them. Using social media as a way to help build a film is really like riding the wave into the future.”

“Bret Easton Ellis’ characters are beautiful people doing bad things in nice rooms,” said Schrader. “Lindsay Lohan and James Deen not only have the acting talent they also have that screen quality that keeps you watching their every move.”

“Nothing about this film was orchestrated in a traditional way,” said Pope. “We wanted to actively embrace all the digital and social media tools at our disposal and give the film real cinematic value – ‘The Canyons’ is the result of a forward thinking experiment with a terrific cast.”

Besides being more of a PR shill for letitcast than the film itself, the whole press release seems a little strange. It’s not every day you see the names of agents listed along with the director, writer, and main star–even weirder that at this point, Mr. Deen is not famous enough to warrant his own agency listing– but we assume that’s so press people like us can update our listings on who in Hollywood is currently risking their rep by backing Lindsay Lohan, whose insurance premium per film must be through the roof. 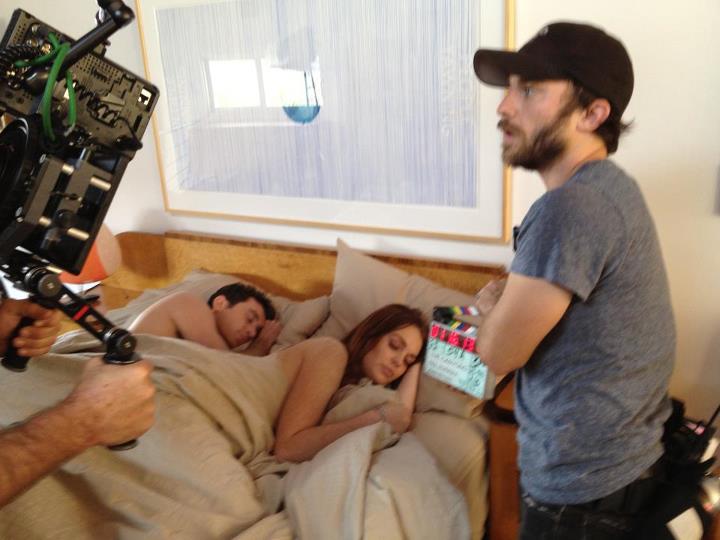