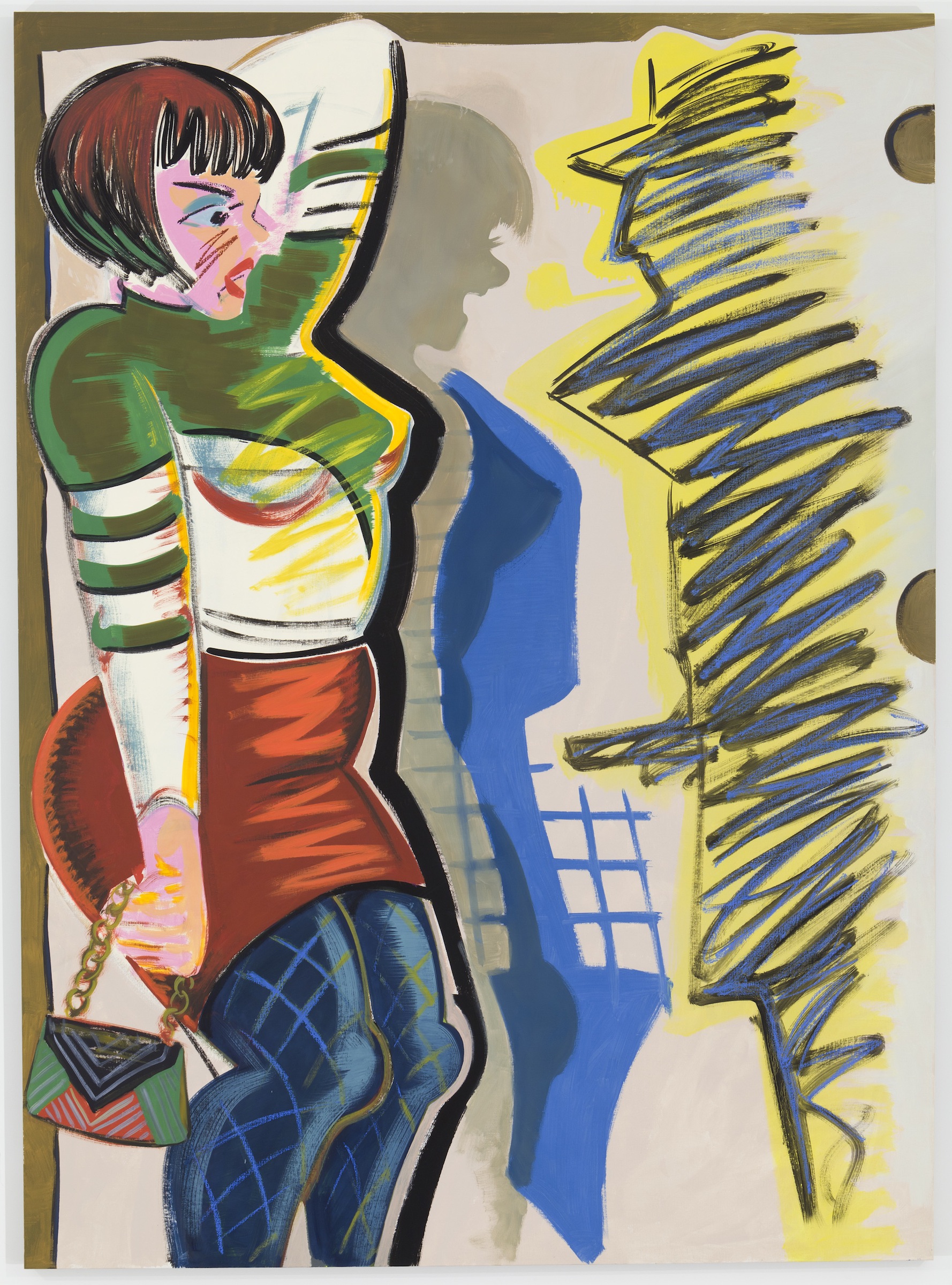 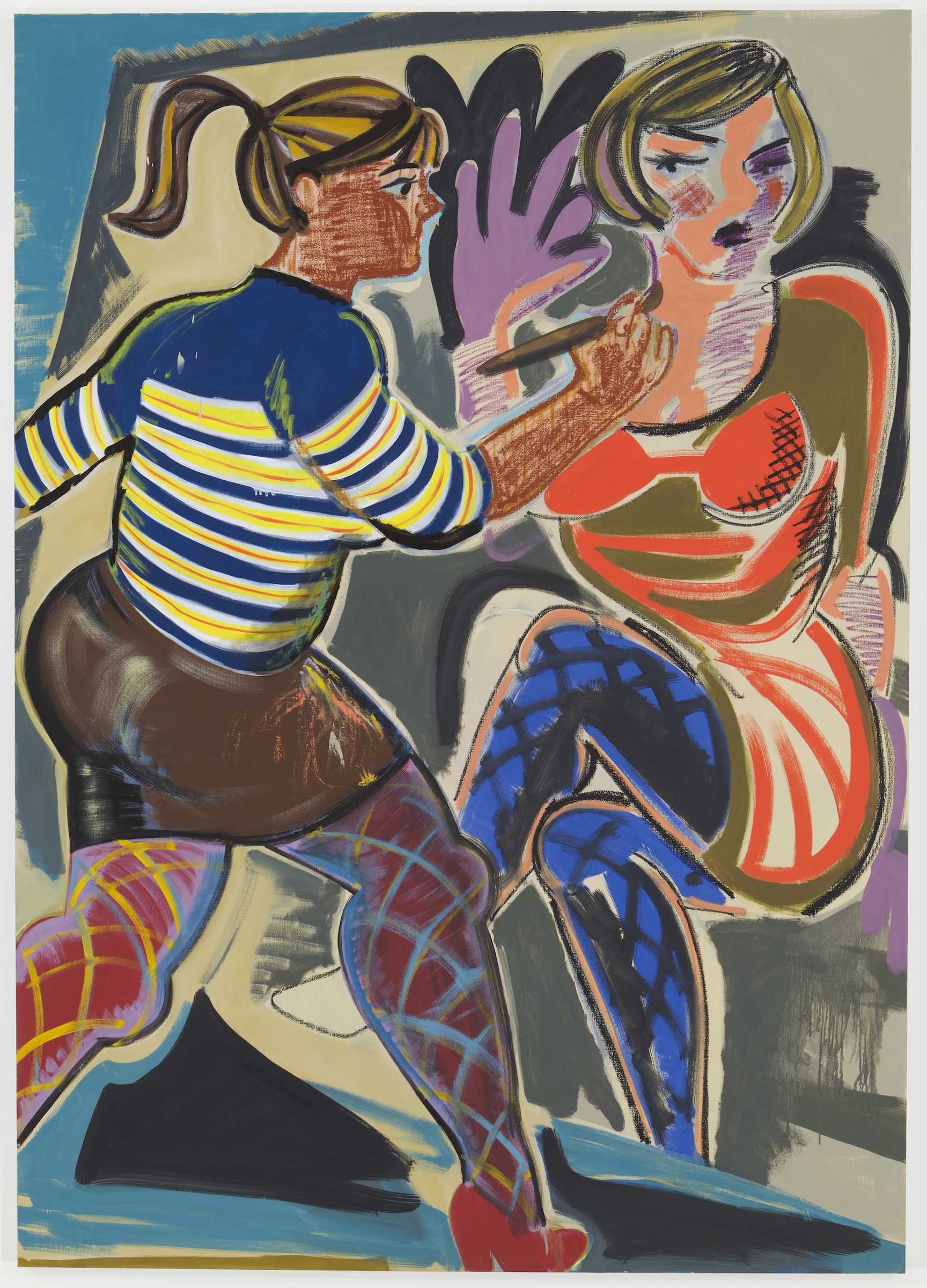 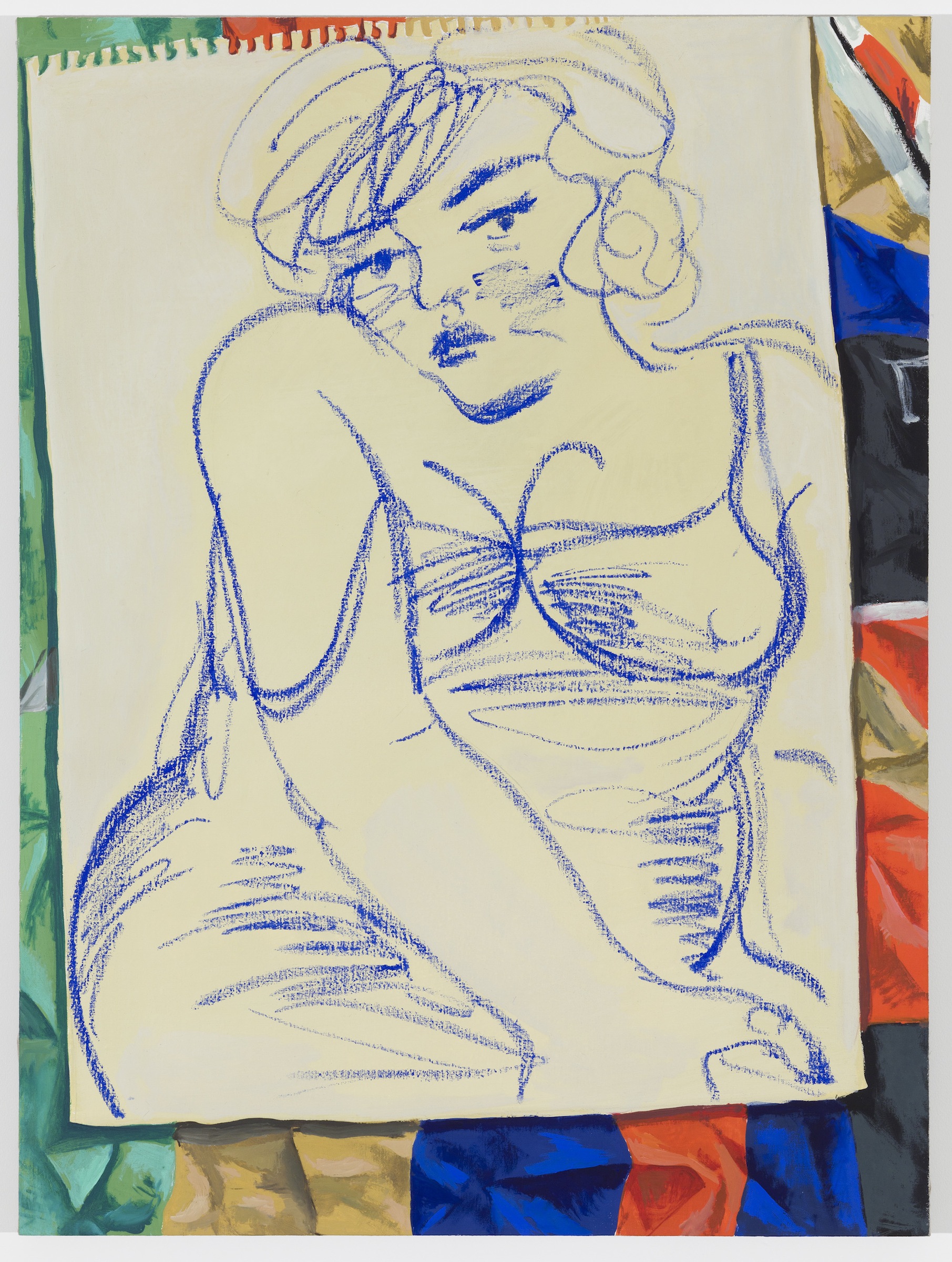 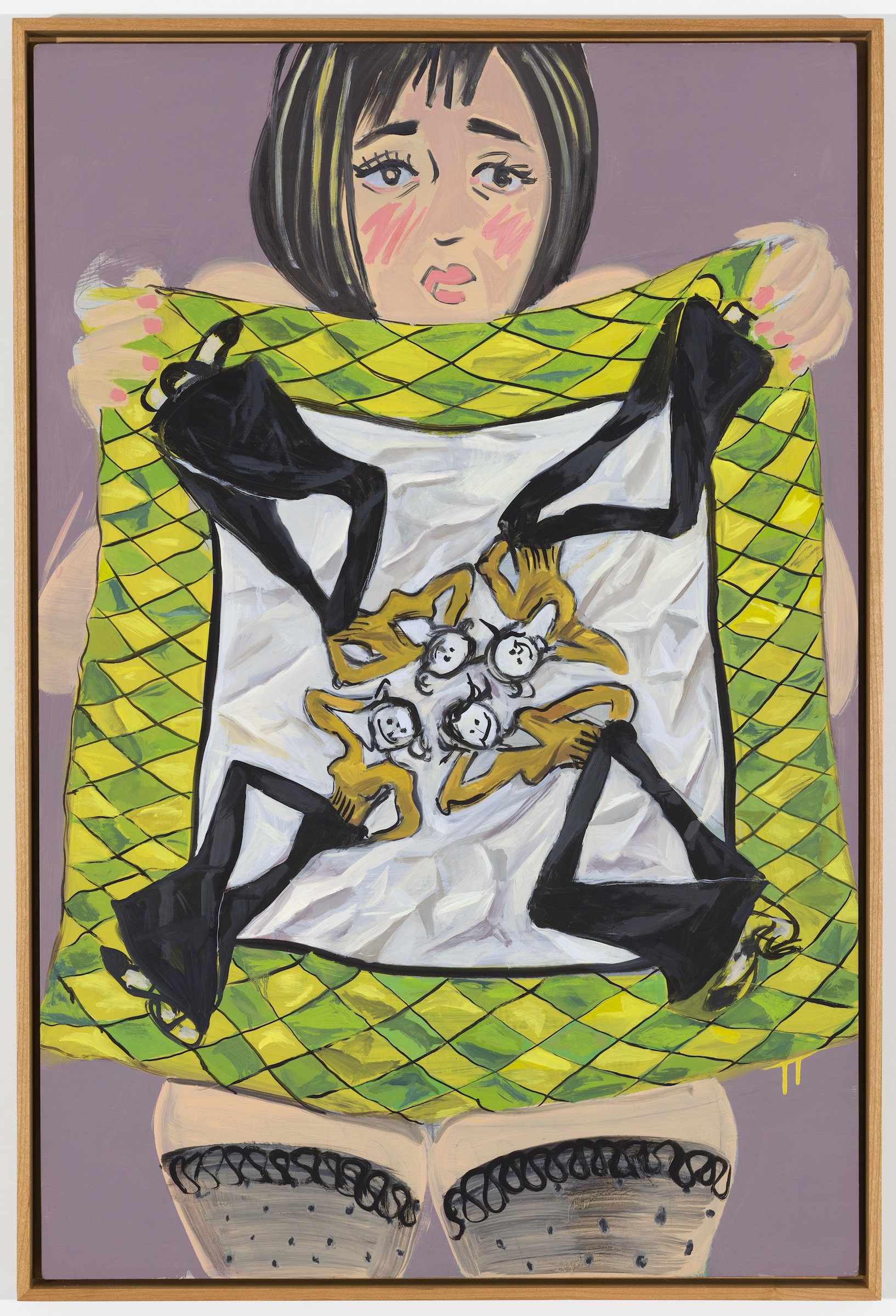 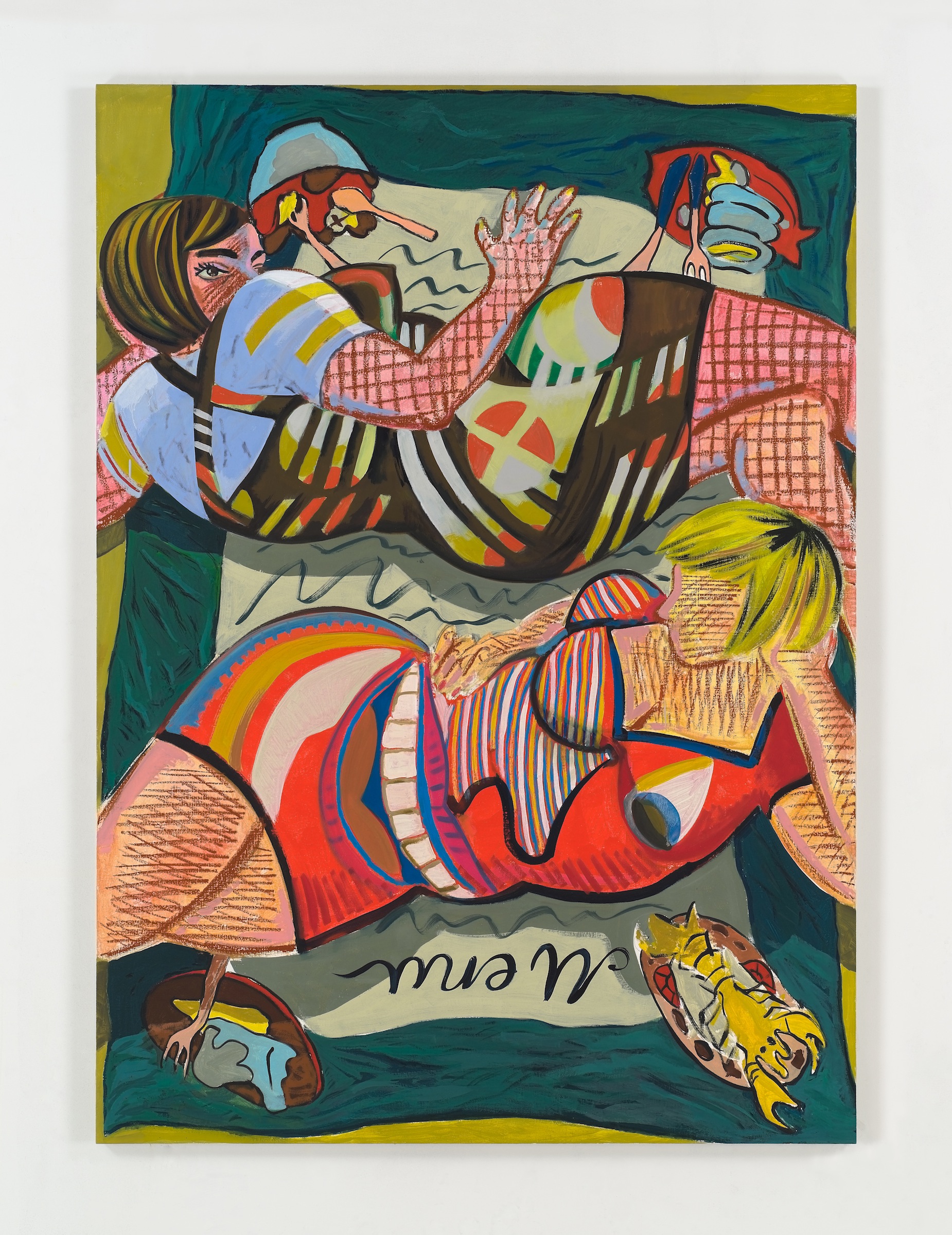 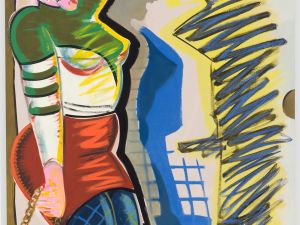 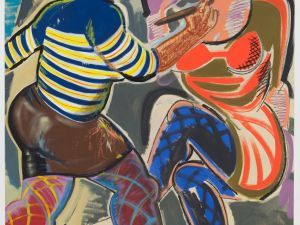 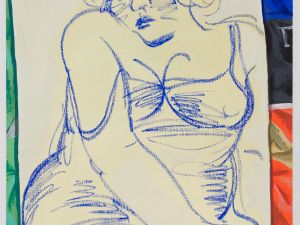 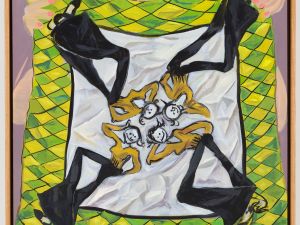 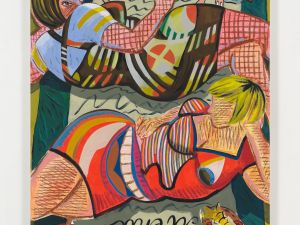 In Ella Kruglyanskaya’s latest exhibition, “Woman! Painting! Woman!” which opened at Gavin Brown’s Enterprise on June 28, the young artist presents work similar in look and feel to her previous output—large splashy oil paintings of buxom women humorously confronting the cultural tropes in which they’re trapped. In Sketchy Man, a woman with heavy accessories and a stylish bob confronts a trench-coated man in a shadow whose gun is held precariously low. It’s unclear whether the woman is scared or titillated. In The Tearing, two women in high heels seemingly in a cat fight destroy a black-and-white image of a woman’s face. The women in the paintings are comfortable in the trappings of femininity—they have the heels, the bags, the tight sweaters, but they’re in control. These are advanced women. And yet, the question of who holds the gaze is front and center. “Woman! Painting! Woman!” after all does have a slightly Neanderthal ring to it.

Here is a slide show of images from Ms. Kruglyanskaya’s show, her fourth solo show in two years, which runs through July 30.