And the fashion world listened. This advertisement for Marc New York features Celebrity Apprentice star/Miss Universe 2008 Dayana Mendoza in a white dress, standing in a bathroom with Scottish Rugby player Thom Evans. He is wearing only a towel.

According to  Andrew Marc’s fashion director Chris Gbur, this shoot was inspired by 50 Shades of Grey.

Fine. Here are some other things you can say this shoot was “inspired” by:

6) I Know What You Did Last Summer 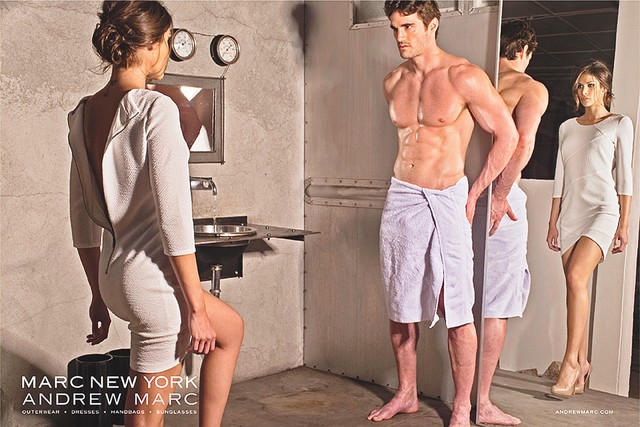