U.S. Sen. Bob Menendez raised nearly $1.7 million in the 2nd quarter, according to the most recent filings with the Federal Election Commission.

The three-month haul leaves the Democratic incumbent with $10.3 million in cash on hand with four months until the general election.

“I am grateful for the support of so many people for my campaign, which is about so much more than re-electing one person as senator. It’s about the middle class of New Jersey and what matters most to all of us,” said Menendez. “These resources are invaluable to me as I prepare for a long, hard fight in the Senate race. Contributions from regular people who hold a tremendous stake in this election serve as a bulwark against the very real possibility of my opponent turning to corporations and billionaires to fund his campaign.”

In the first quarter, Republican challenger state Sen. Joe Kyrillos outraised Menendez by about $100,000 but remains well behind in the money race.  Kyrillos’ second-quarter fundraising totals were not immediately available.

Menendez is running for his second full term in the Senate, while Kyrillos is making his second run at federal office and has served in the state Senate since 1992.  He served two terms in the General Assembly before that. 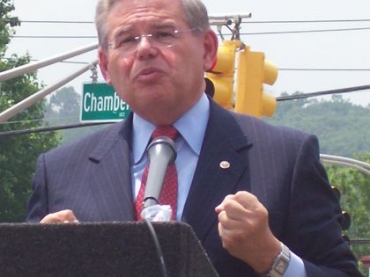