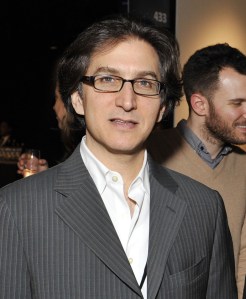 The Metropolitan Museum of Art announced a shift at the top of the photography department today. Malcolm Daniel, currently curator in charge for the department, will take the new title Senior Curator while Jeff Rosenheim will move from curator to curator in charge.

(New York, July 26, 2012)—Thomas P. Campbell, Director and CEO of The Metropolitan Museum of Art, today announced two new appointments that will shift responsibilities within its Department of Photographs. The current Curator in Charge Malcolm Daniel will move into the newly created position of Senior Curator, and Jeff Rosenheim, currently a Curator in the department, will become Curator in Charge. These changes will go into effect on September 1.

Mr. Campbell stated, in making the announcement: “The superb staff of the Department of Photographs has done outstanding work under the leadership of Malcolm Daniel over the past nine years. With this transition, Malcolm will once again be able to devote himself full-time to the study of 19th- and early-20th-century photographs. Indeed, the upcoming series of exhibitions he is now organizing will add greatly to our understanding of photography’s rich early history.”

Mr. Campbell continued, “Jeff Rosenheim will bring to the job his own expertise and scholarship, including his important contributions to the field of American photography. He has a keen interest in modern and contemporary photographs and their links to the Met’s encyclopedic collections. It is a perspective that will inform our future programming both in the Main Building and when we occupy the Whitney Museum’s Breuer building on Madison Avenue beginning in 2015.”

Malcolm Daniel has led the Department of Photographs since February 2003. During that time, the department has presented 38 exhibitions and 35 installations; acquired more than 20,000 photographs, including 8,500 works in the Gilman Collection and many individual photographs spanning the history of the medium; and established the Joyce and Robert Menschel Hall for Modern Photography for the display of photographs created since 1960. He also founded The Alfred Stieglitz Society, a Friends group now in its 13th year that has made possible the acquisition of more than 200 photographs. Since joining the department in 1990 and receiving his Ph.D. from Princeton University the following year, he has curated many exhibitions, including The Photographs of Edouard Baldus: Landscapes and Monuments of France (1994); Edgar Degas, Photographer (1998-99); The Dawn of Photography: French Daguerreotypes, 1839-1855 (2003-2004); and Stieglitz, Steichen, Strand (2010-11). A widely published scholar, he is the author of several exhibition catalogues, Museum Bulletins, and journal articles, and has taught at Columbia University and the Institute of Fine Arts, New York University. He is currently at work on a series of monographic exhibitions about three pioneers of photography—Charles Marville, Linnaeus Tripe, and J. B. Greene—that are scheduled to be on view at the Metropolitan Museum in 2014, 2015, and 2016.

Prior to joining the Metropolitan Museum in 1988, Jeff Rosenheim earned his B.A. in American Studies at Yale University and his M.F.A. in Photography at Tulane University, and worked at The Historic New Orleans Collection and the Museum of the City of New York. Originally hired at the Metropolitan Museum to catalogue the Ford Motor Company Collection of avant-garde European and American photography between the two World Wars, he was promoted to the position of full Curator in 2007. An expert in American photography with wide-ranging interests from 19th-century to contemporary art, he has taught at Columbia University, the Institute of Fine Arts at New York University, and Bard College, and is an admired public speaker, most recently with talks at Yale and Stanford universities. At the Metropolitan Museum, he has organized or co-organized some 20 exhibitions and was responsible for facilitating the Museum’s acquisitions of the complete archives of photographers Walker Evans in 1994 and Diane Arbus in 2007. A foremost authority on Evans, he has organized six exhibitions of the artist’s work, including Walker Evans, a major retrospective at the Met in 2000, and Walker Evans and the Picture Postcard in 2009, and has authored eight publications on Evans’s oeuvre. He was the curator responsible for the Metropolitan Museum’s presentation of the exhibition Diane Arbus Revelations in 2005, was a co-author of its award-winning catalogue, and also collaborated on the Diane Arbus exhibition traveling in Europe and currently on view at Martin-Gropius-Bau in Berlin. He has in recent years published catalogue essays on Robert Frank, Robert Polidori, Stephen Shore, and Paul Graham, and is now organizing the exhibition Photography and the American Civil War, which will be on display at the Metropolitan Museum from April 2 through September 2, 2013.