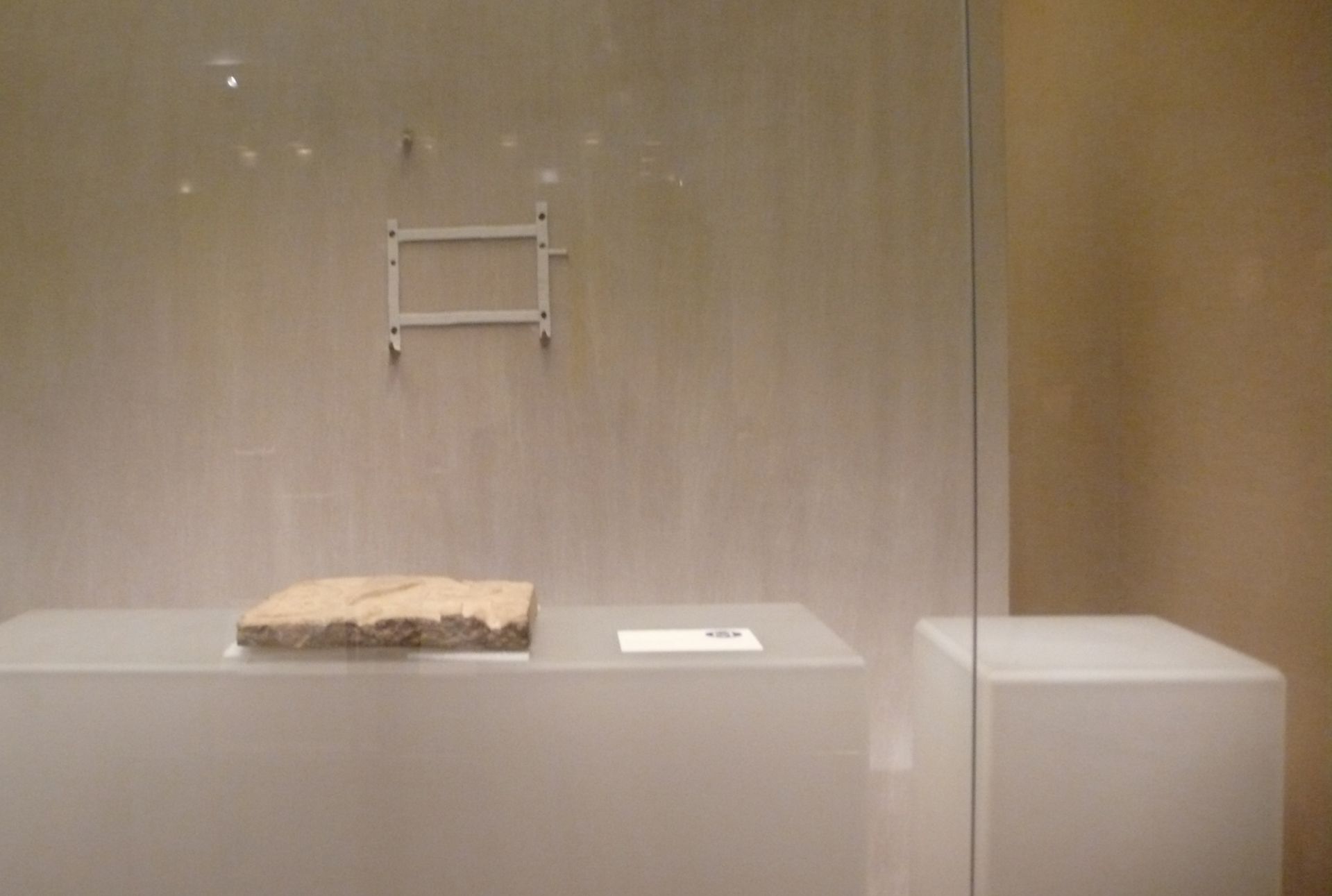 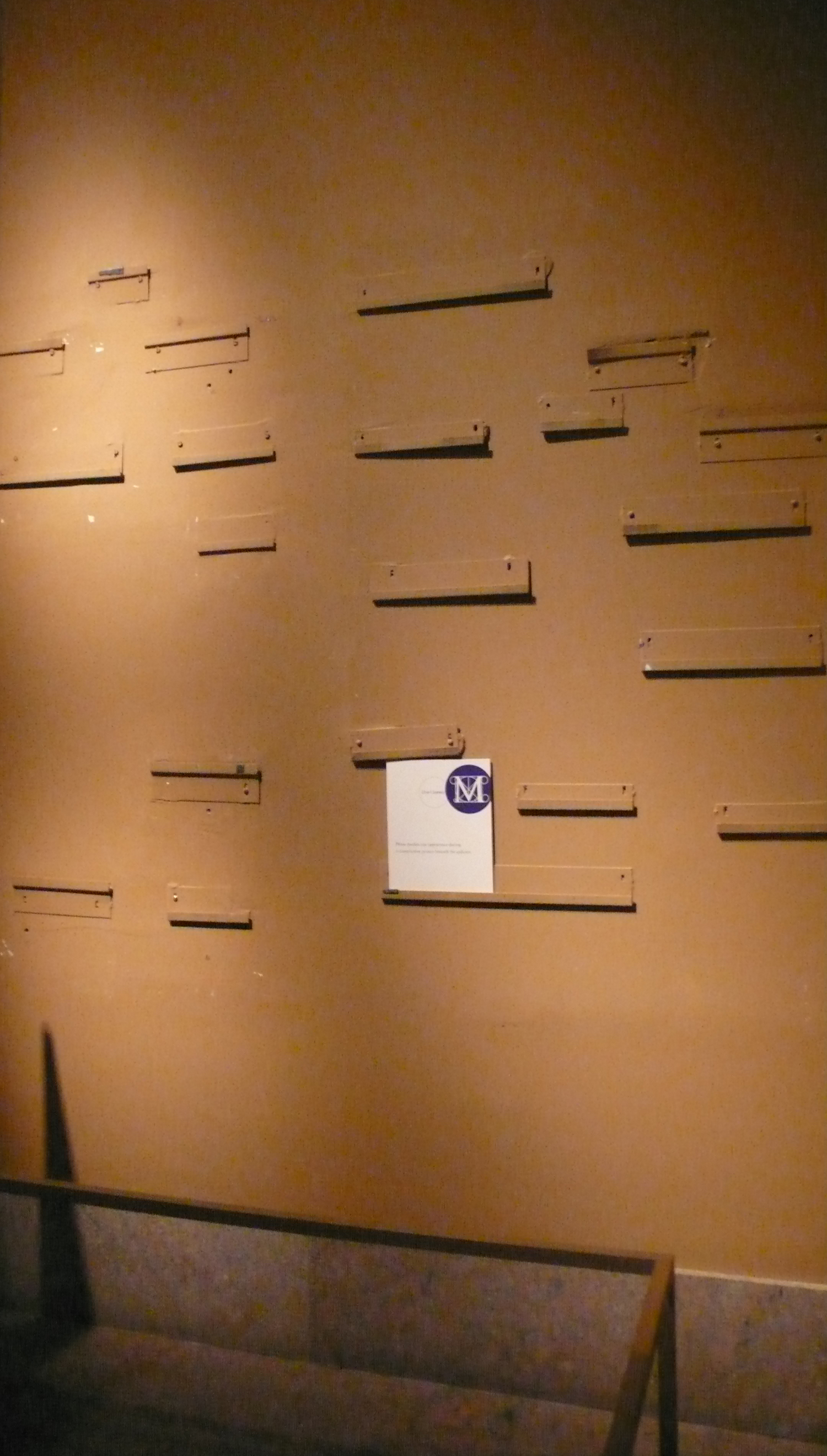 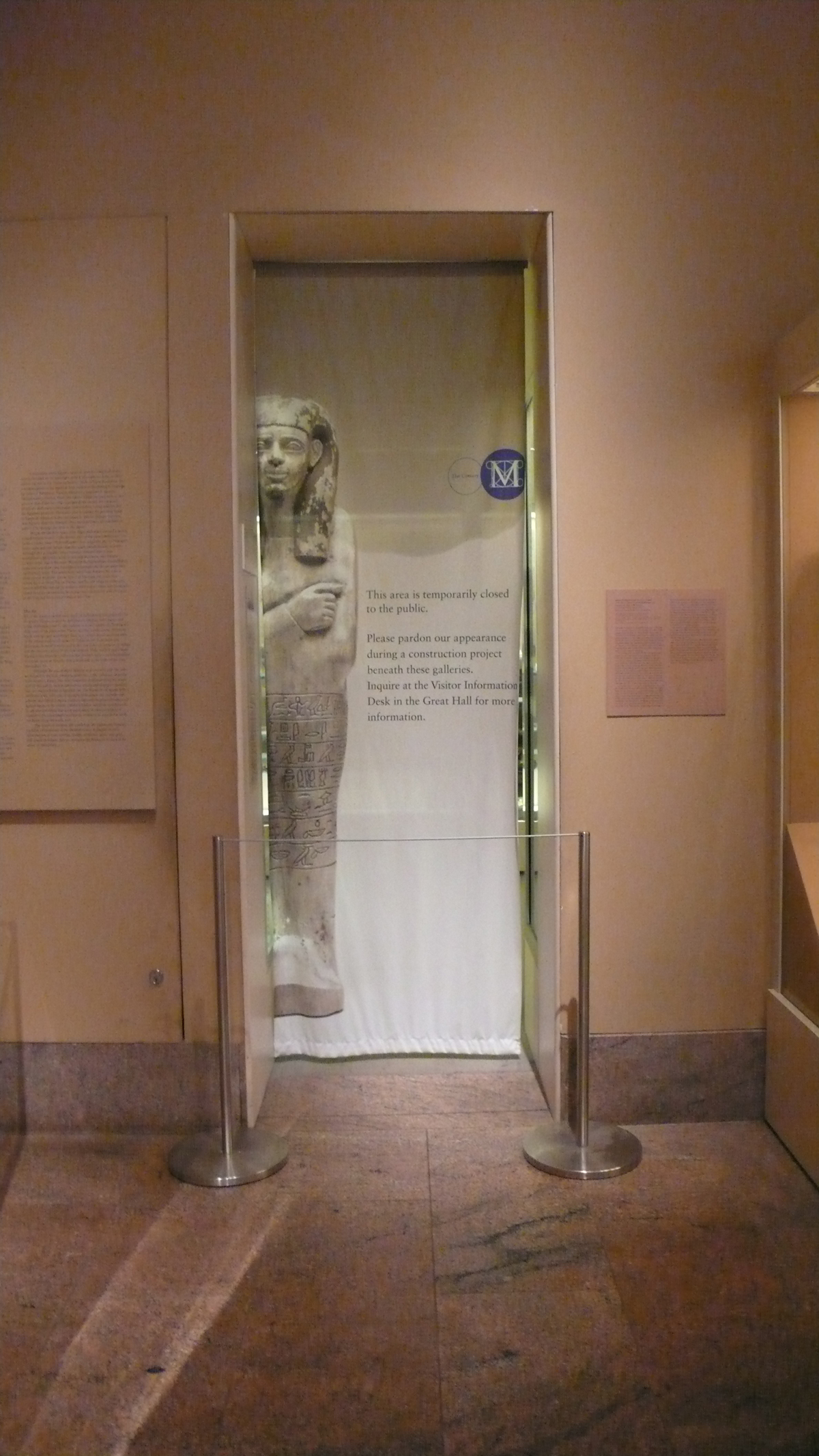 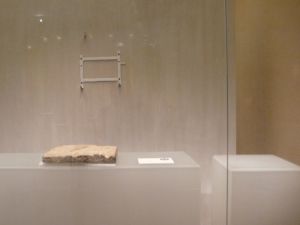 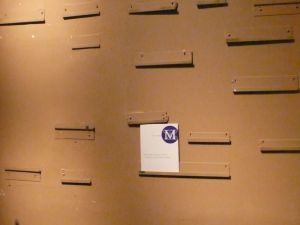 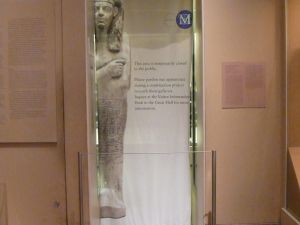 Without any public announcement, the Metropolitan Museum has taken a whopping 18,000 objects off view in its legendary ancient Egyptian public displays. That is about two thirds of the museum’s entire Egypt collection, which numbers 26,000 artifacts, almost all of which were on display.

The removals began around three months ago, in order to protect the objects from vibrations caused by the major construction stemming from the renovation of the Costume Institute.

The 18,000 objects have been padded, shielded or removed altogether to storage.

The Met’s chief spokesperson, Harold Holzer, provided the figures and confirmed the removals to The Observer. They will be off view until 2014. Some 3,000 other Egyptian artifacts have been moved within the galleries, Mr. Holzer said.

The construction involves the total reconfiguration of the Costume Institute. That work produces vibrations from the jackhammer-like machines and drills that are tearing up floors and knocking down walls. The Met has blanketed the Egyptian galleries with state-of-the-art vibration sensors.

Mr. Holzer emphasized that “we use machines historically in the museum that have been tested and do work with less vibration than jackhammers.” The renovation of the Costume Institute, which does not include any expansion of its footprint, is expected to be finished by Dec. 2013, Holzer said.

Also, in recent days, original papyri in two galleries have been replaced with stunning digital reproductions. Mr. Holzer said that this move “doesn’t herald a change to use reproductions in place of originals” when originals for some reason can’t be displayed. Rather it was done in this instance because the papyri are “favorites” with visitors.

The removal of so many objects has necessitated the closing of some of the 39 galleries–with the closings following the path of the construction below–and the blocking of portions of other galleries with temporary walls, screens or fabric.

Still, there are a lot of empty cases, and whole walls with nothing on them.

When the objects were first removed, the Met put up small signs explaining that the objects had been removed to protect them from damage and that they would be back on display in 2014. But these signs have been removed and replaced with signs that merely state, “Please pardon our appearance during a construction project beneath these galleries.”

Earlier, Mr. Holzer told this reporter that more information would be given to the public, not less. When questioned about the change in signage, Mr. Holzer said that no concealment was intended. The decision to go to more generic signage “really just reflects the way we do things in the museum,” he said. “We like to be specific [at first] and then more generic as it becomes obvious that the work would continue.”