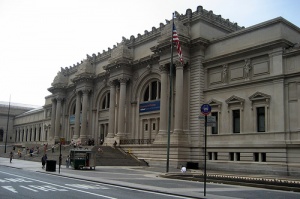 A total of 6.28 million people visited the Metropolitan Museum of Art in the fiscal year ending June 30, 2012, the museum announced today. This is the highest attendance since the museum started keeping count 40 years ago and is up by 600,000 from 2011.

Some of the reasons for this record are: the new Islamic galleries, the new American wing, the popular “Steins Collect” show and “Alexander McQueen: Savage Beauty,” which drew 662,000 visitors alone after being extended several times. It was the museum’s eighth-most-popular exhibition ever. The Met also raised admission fee to $25, though the price is still “suggested.”