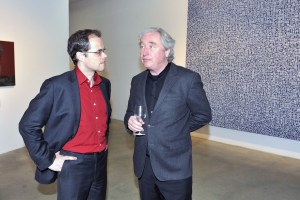 Meulensteen Gallery is closing its doors, we’ve learned via multiple sources. Located on 22nd Street on a ground-floor space in Chelsea, the gallery was formerly known as Max Protetch, which made a name for itself by presenting renderings and documents of architects like Frank Lloyd Wright, Steven Holl and Frank Gehry. Max Protetch sold the gallery in 2010 to Dutch-born businessman Edwin Meulensteen in response to the recession. And while he had hoped to keep the gallery’s staff and its artist roster intact, that hasn’t been working. Since 2010, it has lost 13 artists and suffered a change in directorship when long-time director Josie Browne left this year. Eric Gleason, coming from Marlborough Gallery, took on the directorship in February 2012. After two years of decline, Meulensteen is finally shutting its doors for good.

Artinfo, which first published news on the story, reports that the gallery could close as soon as Aug. 1.