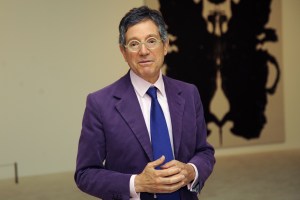 In another stunning development in the situation at the Los Angeles Museum of Contemporary Art that was ignited by the abrupt departure of chief curator Paul Schimmel, former MOCA executive director Charles Young sent an e-mail to life trustee Eli Broad calling for the removal of director Jeffrey Deitch. The Los Angeles Times got hold of the letter, in which Mr. Young calls the debacle, which has resulted in the resignation of its four artist-trustees, a “four-alarm fire.”

From Mr. Young’s letter as per the story:

“I hope that the four-alarm fire now enveloping MOCA has at least given you pause for thought about his appointment and your continued attempts to try to save him for a job for which many (including myself) believe he is unqualified,” Young wrote to Broad. “The resignation of dedicated, long-term trustees, and especially four highly respected artists of international acclaim should bother you, David [Johnson], Maria [Bell] and the other continuing members of the Board. The question is ‘What is now to be done?'”