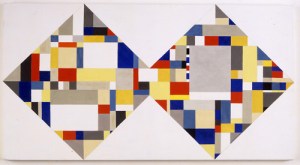 Robert Storr, the dean of the School of Art at Yale, takes to Huffington Post to share his thoughts for settling the debacle at the Museum of Contemporary Art, Los Angeles: “Broad’s duty in this situation is to pay the costs of fixing the mess MOCA is in now and making it a place museum professionals, genuinely generous—no strings attached—donors, and serious artists will want to be associated with. [HuffingtonPost]

Rachel Chandler snapped a nice photograph of a Terence Koh work that’s at the Fireplace Project out in East Hampton, N.Y. [Purple Diary]

It had been a little while since one of these stories came across the wire: an artist bought a $9.99 painting at a Goodwill store and learned that it’s by Ilya Bolotowsky and potentially worth $15,000–$20,000. Now it will be sold at Sotheby’s. [Daily Mail]

The Louvre’s new Islamic galleries will open in September. [NYT]

Evidence of oldest temple in Sicily is found by researchers. [The Art Newspaper]

“Unilever (UNA) said its sponsorship of Tate Modern’s annual art installation in the Turbine Hall has run out, and the decision to extend is on hold as the hall closes for construction next year.” [Bloomberg]

(Image courtesy the Federal Reserve Board)