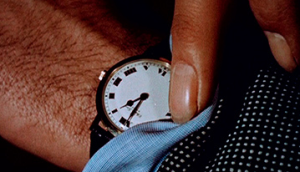 The Broad Prize for Charter Public Schools awards YES Prep Public School, a management organization in Houston, with $250,000 to help low-income students get ready for college. It’s the first organization to get the award. [Market Watch]

Kelly Crow looks at why Christie’s sales are up and Sotheby’s are down. [WSJ]

The Newark Museum, the largest museum in New Jersey, has selected Ulysses Grant Dietz as its new chief curator. He has been senior curator there since 2007. [Patch]

Here’s an interview with artist Tino Sehgal, er, a conversation rather—that’s what the artist requested. [Guardian]

As Harvard Law professor Alan Dershowitz plans to retire, he’s putting his collection of art and antiques on the auction block—everything he’s been collecting since he was a boy in Brooklyn. His collection includes Sandy Koufax’s rookie card to Picasso and Dubuffet. [The Boston Globe]

Caroline “Kaki” Gladstone, who was director of volunteer services at the Philadelphia Museum of Art for 45 years, has died at the age of 72. [Philadelphia Inquirer]

Patricia Sheridan talks with the director of the Carnegie Museum of Art in Pittsburgh, about Art Basel. [Post-Gazette]