Now what will the hipsters complain about when the L line is down? As we noted earlier, the MTA announced today that it would be extending or adding service on back 24 buses, as well as restoring bus service between Brooklyn’s hippest borough and Manhattan.

According to Streetsblog.org, statements from State Senator Dan Squadron and City Council Member Brad Lander have hinted that the B39, a bus that traveled over the Williamsburg Bridge to the Lower East Side and was discontinued in 2010 due to budget cuts, may once again ride underneath the bike path frequented by fixed gears.

Earlier this week, New York Daily News checked out the financial state of the public transit service and found that they had an extra $90 million more than it projected it would back in February. (Maybe we won’t need that fare hike after all! Just kidding, obviously we will have a fare hike.)

The proposed $29 million project will translate into the restoration of several bus lines, mostly in Williamsburg and the Bronx. Red Hook might accessible again, and the creation of two entirely new bus lines traveling the DUMBO, Vinegar Hill, and Navy Yard regions <a href=”http://blogs.wsj.com/metropolis/2012/07/19/mta-restores-some-bus-cuts-adds-new-lines/.

There might even be an extension of the G line!

Now, if only people rode the buses or the G line, we’d be in great shape. 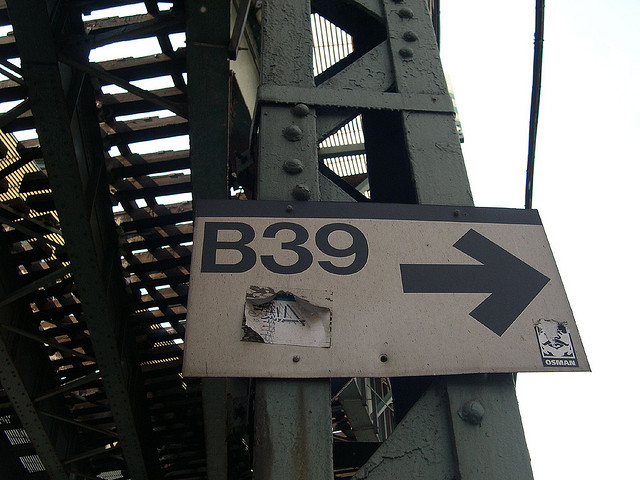