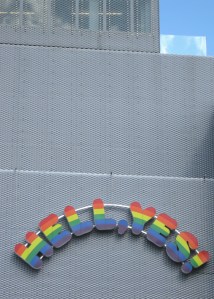 One of the most exciting aspects of the new design is that the museum’s extensive digital archive—rich with photographs, digital catalogues and the like—is featured prominently.

Also exciting is that there’s a section for its Art Spaces Directory, a massive compilation of more than 400 spaces international art spaces in 96 countries that was published as a book as part of the museum’s 2011 Triennial, “The Ungovernables.” (It’s one of those things that should have been published a long, long time ago.) There’s even a handy interactive map for exploring and locating spaces around the world.

The timing of this news was pretty superb since we’re all going to be inside for the next few hours riding out this massive storm in New York.