In the middle of a panic attack or 11th hour deadline, there’s only one thing that helps with that horrible feeling that the abyss is staring back. It’s not Valium, and it’s not a warm cup of tea. It’s Duane Reade. It’s CVS. It’s Rite-Aid.

Don’t ask us why, but walking up and down the aisles of these drugstore chains soothe us in a way that the sanctimonious spirituality of church hasn’t done in years.

Meander past the soap, and the Willy Wonka assortment of cheap makeup and find yourself at the holy grail: the “As Seen on TV” section of the store, where Ped Eggs or Pajama Jeans can finally be yours without ever having to pick up a phone.

We don’t know what it is, but there is magic beaming down from those fluorescent bulbs. And we know we’re not the only ones who feel that temporary reprieve from the world when we walk into a store that caters to our cheap desires. Why else would New Yorkers be in such a tizzy over Westside Market NYC’s creation of a “man aisle”?

Selling everything from condoms to beer and chips (and hopefully some toilet paper for the bodily fluids that will need to be mopped up afterward), the aisle was unveiled yesterday at the market’s UWS location on Broadway and 110th St., and it caters specifically to dudes. As in: No Girls Allowed!

The New York Post reported today that Westside’s CEO George Zoitas had the inspiration for a grocery equivalent of a man-cave after reading an ESPN article about dudes and shopping. What started out as a joke quickly proved to be a successful marketing strategy, playing on the most  basic of stereotypes about men.

Consider some of these choice quotes from the Post piece:

-“Guys don’t like taking lists when they go shopping.”

-“If you’re going to have some guys over to watch a game, you can pretty much stand here — not move two feet — and get your beer, barbecue sauce, chips, whatever. It’s all right here!”

And it’s not just one store: a 2011 Chicago Tribune report noted that Procter & Gamble may already be testing “man aisles” in stores like Walgreens, Target, and Wal-Mart.

Are “man aisles” sexist? Maybe, but don’t be naive. Most products are sold to us by gender stereotyping. (See: Axe commercials, Playtex commercials, every commercial.) It’s already impossible to find a gender neutral aisle in most drugstores, even if they aren’t blatantly called the “man section” or “stuff for the ladies.”  There’s no point in fighting it. Just grab your beef jerky or your Luna bar and accept that marketing has relied on these reductive tactics to appeal to consumers since the beginning of time. (Or whenever it was that Don Draper took over advertising.) 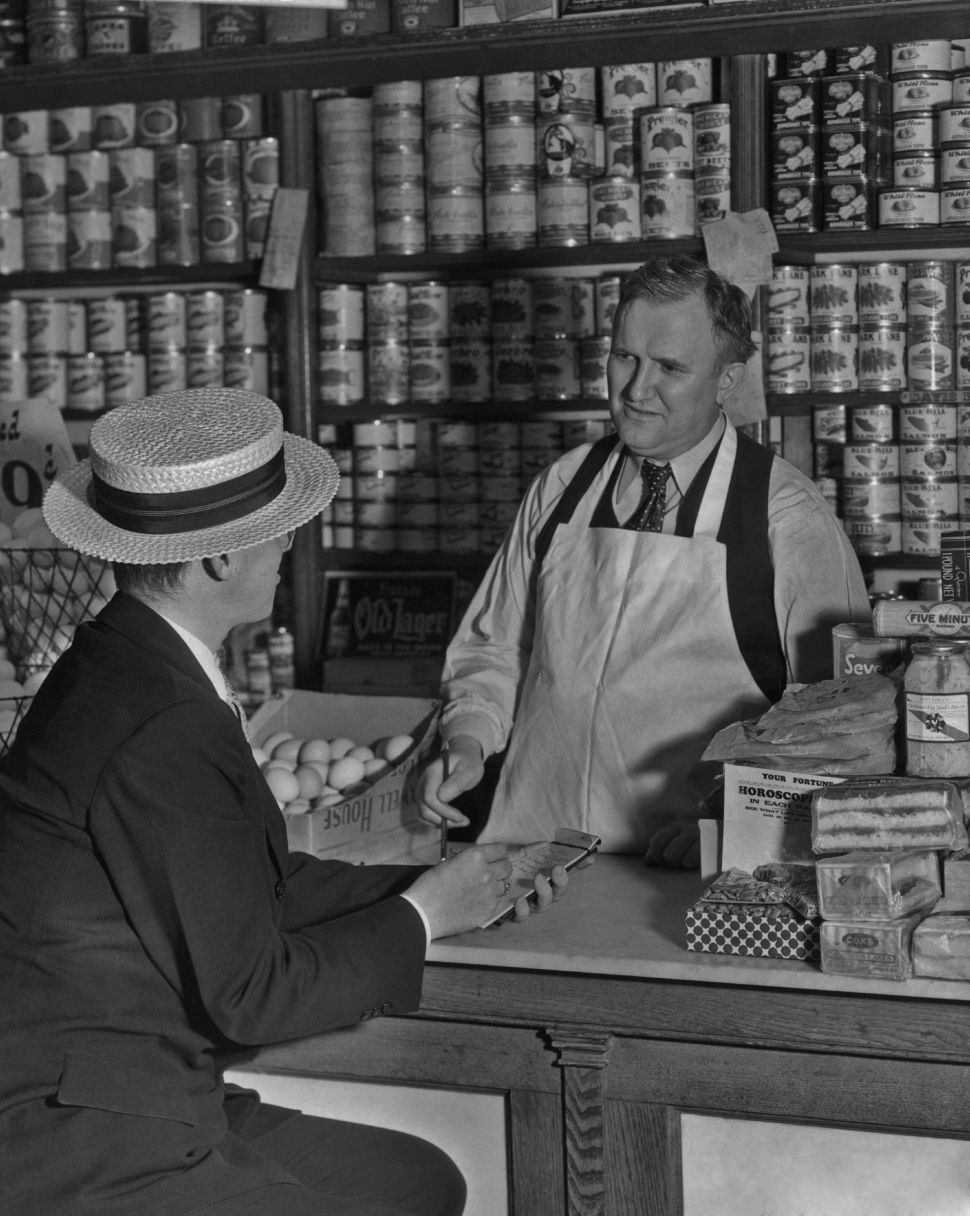