Both Hot Topic and Claire’s outlets suffered a giant blow in New York last night, as Governor Cuomo signed a new law prohibiting anyone under 18 to get their ears pierced without parental consent.

“Mom and dad and the government are such fascists!”- All the tweenagers

The new law will take effect in 90 days, so watch out for the stampede of semi-rebellious sophomores as they rush to shove as many chunks of metal into their ears as humanely possible before they give up yet another right in the name of public health.

Governor Cuomo summed up his rationale for this move by explaining that “body piercing can result in severe health risks,” apparently missing the point that the (relatively) sterile environment of a mall kiosk is vastly preferable to what this new law has left as an alternative.

Which is to say that while it’s true that body piercings can be a source of infection, they are far more likely to be so when pierced improperly and without the right health code guidelines that are required of the soon-to-be-illegal outlets, which actually use professionals with piercing guns and non-allergic metals. Compare that to your daughter’s Juggalo friend from Spanish class who always carries around a bunch of safety pins and a lighter in his pocket just in case. And while they’re already disobeying their anti-pierced ear parents, what’s to stop New York state teens from getting a needle and some black ink for a sick star tattoo on their hip? It’s just a slippery slope that ends with your kid getting high off of bath salts.

This law also does not set a floor for how old a child has to be in order to get pierced if their parents do allow it, so giving a six-month-old some bling is still not grounds for a call to social services. 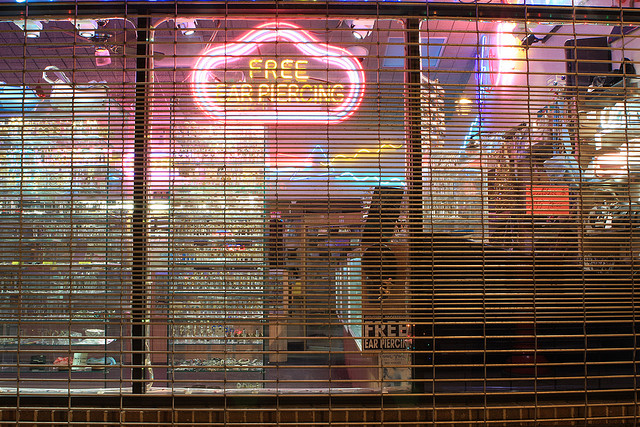