Former Speaker of the House, Republican presidential candidate and noted zoo enthusiast Newt Gingrich is traveling in Italy and he took some time today to visit the Bioparco in Rome. Mr. Gingrich tweeted a few observations about the zoo’s large hairy armadillos.

Bioparco was built in 1911 and is billed as “one of Europe’s oldest zoological gardens.” The Bioparco’s collections include Pygmy Hippopotami, Asiatic Lions and Siberian Tigers. Based on his Tweets, Mr. Gingrich appears to have particularly enjoyed the exhibits with European Bison and the Large Hairy Armadillo:

Mr. Gingrich’s wife, Callista, has also been tweeting updates from their European trip.

Last week, Mr. Gingrich was in Paris where he spoke to the National Council of Resistance of Iran, a group of Iranian exiles headed by Maryam Rajavi. In addition to her work with NCRI, Ms. Rajavi is also the head of Mujahadeen-e-Khalq or MEK, a leftist group dedicated to overthrowing the Iranian regime that is officially designated as a terrorist group by the United States. 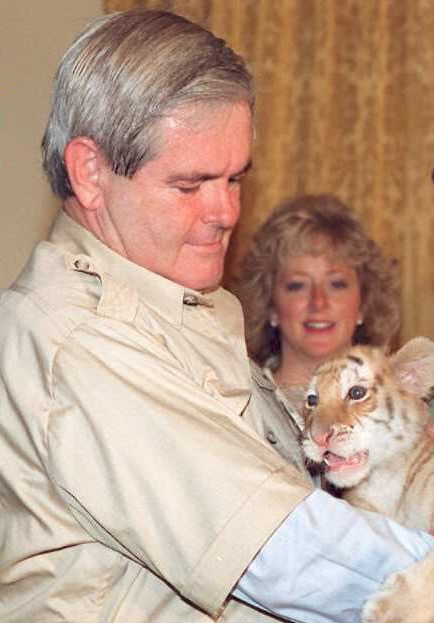