Of course Bret Easton Ellis discovering Twitter would turn out to be a wonderful thing.

Today, Mr. Ellis had a particularly wonderful tidbit for his followers: A claim concerning Deadline Hollywood Daily Editor in Chief and business journalist Nikki Finke, who’s widely known as one of the more vindictive, unforgiving, relatively feared and fairlyshadowy trade reporters Hollywood’s ever seen (context: also, someone who once famously claimed to have “bitchslapped” New Yorker editor David Remnick over the process of trying to publish a profile of her).

Though Mr. Ellis would dare to argue otherwise:

ICM: International Creative Management, the monolithic agency whose Amanda “Binky” Urban has been Ellis’ longtime book agent (who also made a brief appearance as part of the plot of Ellis’ novel Lunar Park). And from what The Observer hears, Mr. Ellis’ claim that Ms. Finke rang up ICM (and basically threatened to wring them dry) is true.

A few folks who got word of what happened tell us: Ms. Finke rang Binky Urban’s office, and not being able to reach the agent, gave her assistant what was characterized to us as an epic, otherworldly screaming-at, the likes of which the assistant had never previously experienced. What we didn’t hear was: Why?

UPDATE: One reader writes in with the theory that a Tweet in June from Mr. Ellis may have inspired the call to Binky Urban’s office:

It’d certainly make sense. As we noted above, Ms. Finke is notoriously private: Gawker once offered a $1,000 bounty for a photograph of her, while The Daily once published what they allege to be a photo of Ms. Finke, which she adamantly denied.

UPDATE 2: Gawker’s John Cook saw that Penske Media (under which Deadline Hollywood Daily operates) is listed as the owner of an apartment in Bret Easton Ellis’ building. Neat! No word on whether or not it belongs to Finke in any way or if she happens to occupy it, but Cook points out that the Hollywood Reporter once tried to poach Finke with an offer that included an apartment in Malibu. Was it Cook’s query to Finke as to whether or not she lived in the apartment that alerted her to the Tweets, resulting in the enraged call in the first place? Who knows!

Ms. Urban and her assistant declined to comment; Mr. Ellis (who hasn’t Tweeted anything about the fracas since) and Ms. Finke did not immediately return requests for comment.

Do you know if this is the beef between the two? Any specifics about what Ms. Finke screamed at Ms. Urban’s (vacation-deserving) assistant? We’d love to hear it. 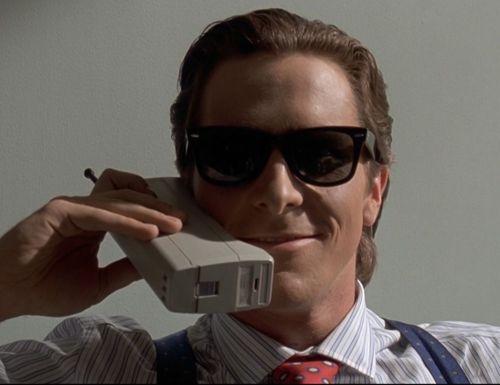