By now, most people can recognize that New Yorkers are a healthy bunch (or at least: are having their health looked out for whether they like it or not). There was the calorie count campaign, the trans fats ban, the war on salt, the bike share program, and most recently, the war on absurdly-sized sodas.

What most people who don’t live in New York might not see is the way our city government deals with that perpetual public health scourge, smoking: Not just by banning it from pretty much everywhere, but by also producing the most terrifying, grotesque, nauseating anti-smoking ad campaigns this side of Europe, and putting the print ads everywhere cigarettes are sold.

Today, the city lost a battle in court over those ads and their right to force them on cigarette retailers. Via an AP report, an appeals court ruled that the federal government is the entity with the power to tell citizens (with authority!) not to smoke. Which means the city is not that entity.

The appeals court said the resolution is preempted by the Federal Cigarette Labeling and Advertising Act. It was enacted by Congress in 1965.

Which means those signs are probably going to come down, at least until the city can find a way around the ruling. Best, however, is the statement at the end of the report:

Philip Morris USA issued a statement saying it was pleased with the ruling.

Of course they are. Their customers—the writer of this post being one of them—aren’t going to be reminded with the purchase of every increasingly expensive pack of cigarettes that the very thing they’re buying won’t just kill them, but do things to them that will make them miserable, like give them strokes, and impotence, and cancer of the face, and so forth.

But don’t expect the mayor to take this one lying down. Surely he’ll find a tax to levy on retailers of death sticks, or simply rename them death sticks, or just start paving public sidewalks outside bodegas with photo-realistic pictures of cancer-filled lungs, or giving tax breaks to bodegas who employ people who speak through a hole in their throat. If anything, while this appears like a setback, it’s simply an opportunity for the city to get more creative about reminding it’s citizenry just how terrible these multinational billion-dollar corporations truly are.

Which, really, they should. 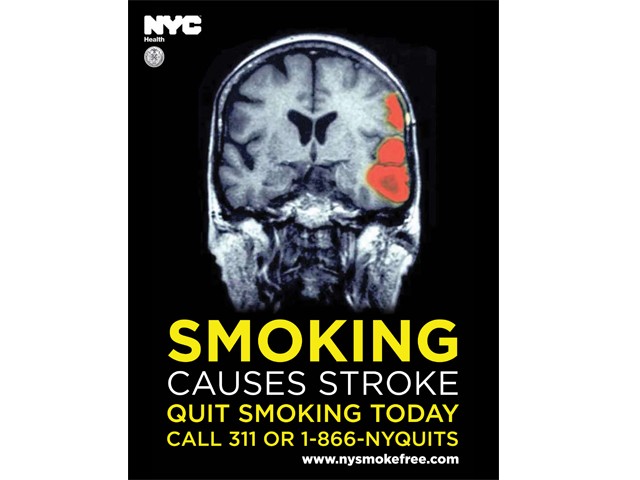