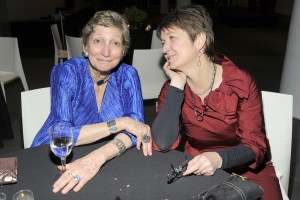 The White House announced today that President Obama intends to nominate Susana Torruella Leval, the director emerita of New York’s Museum del Barrio, to the National Museum and Library Services Board. The 20-member group advises on matters pertaining to those fields and helps make selections for national medals related to them. Following Ms. Turruella Leval’s formal nomination, she will need to be confirmed by the Senate.

Ms. Torruella Leval, who was director of El Museo del Barrio from 1994 to 2002, also serves on the boards of the Metropolitan Museum of Art, the Aperture Foundation and Dreamyard, according to the White House. Her New York roots are deep. She studied at Manhattanville College and New York University’s Institute of Fine Arts.