The good people at Animal New York spent an afternoon walking the streets of the 21st State Senate district in Brooklyn with self-proclaimed “diva” candidate Mindy Meyer and captured incredible footage of the 22-year-old Orthodox Jewish woman’s decidedly unorthodox campaigning techniques. Ms. Meyer spends most of the video greeting constituents and basically berating them with her voice at full volume.

Ms. Meyer’s loud, in-your-face approach seems to connect with some of her targets, but not everyone in the video enjoys the show and some are eager to end their conversations with the candidate.

Last week, Ms. Meyer, a 22-year-old Orthodox Jewish intern in Kings County Supreme Court, burst onto New York’s political scene and the rest of the internet when her pink, blinged out campaign website went viral. She originally intended to run against Democratic incumbent Kevin Parker on the Republican and Conservative party lines, but she seems set to lose the GOP line today due to an error in her paperwork.

In the video, Ms. Meyer explains her party affiliation is just a technicality. She also reveals her love of the television show White Collar and makes a presidential endorsement.

“I’m a republican and I’m not happy with, you know, Obama, so I’m definitely going to endorse Mitt Romney in the presidential election,” Ms. Meyer says. 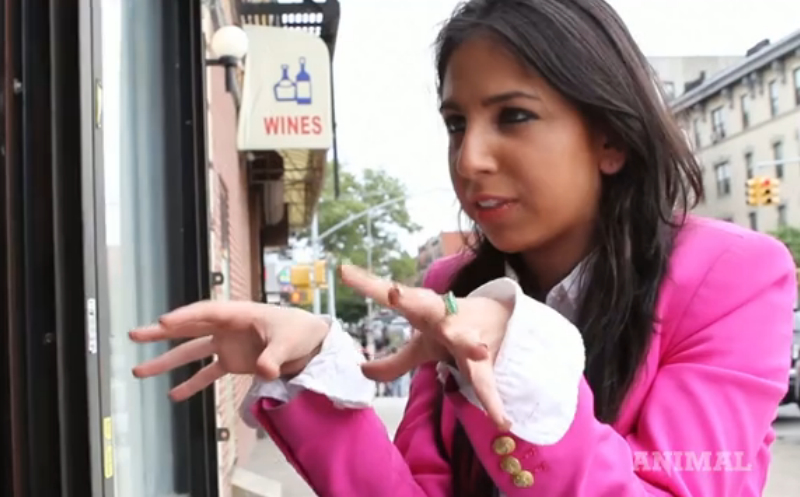