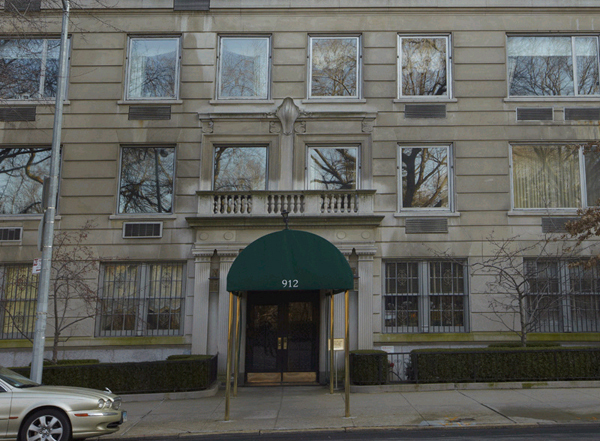 The important thing is that 912 Fifth is well-received by the public and the target audience. 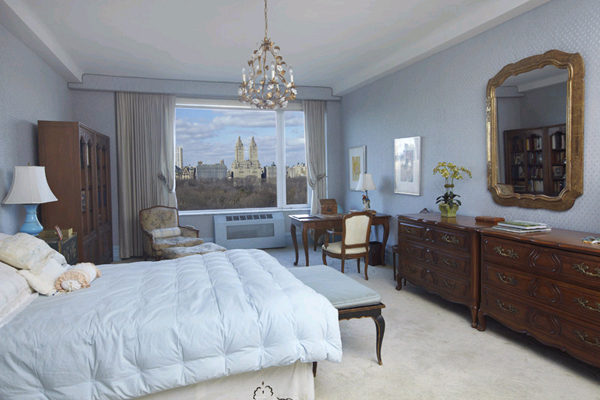 This bedroom could use a re-branding campaign. 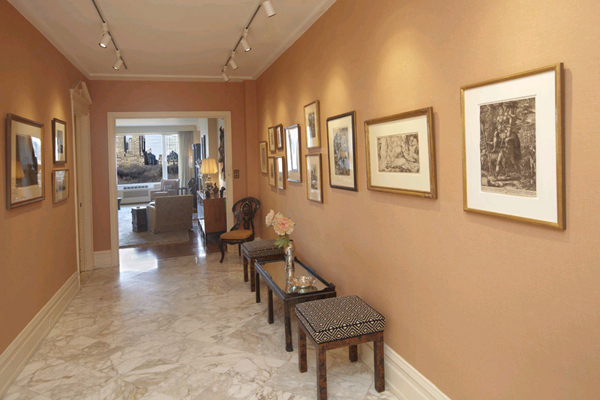 The apartment seems to be rather long and narrow.

And floorplans reveal that it is rather long and narrow.
Advertisement 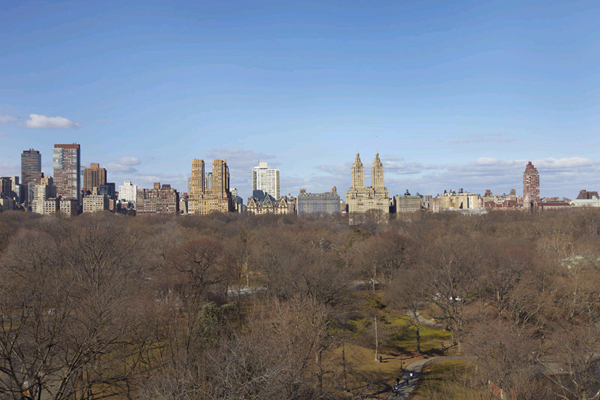 But this view is spectacular. Definitely the feature that you'd want to highlight for visitors. 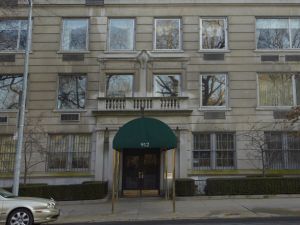 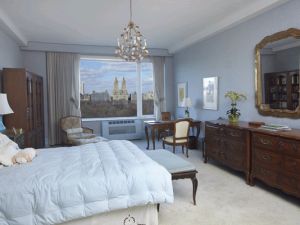 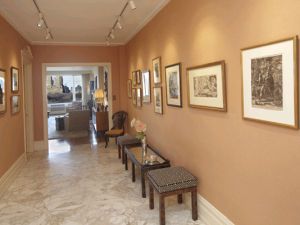 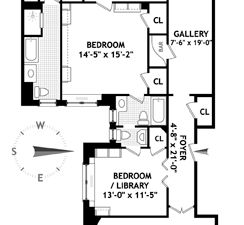 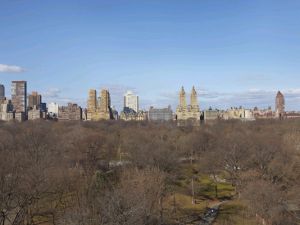 What’s the most flattering way to say that one of the masters of spin has purchased a pricey pad on the Upper East Side? Let’s contemplate the ledes. Harris Diamond has made a generous contribution to the estate of Goodwin M. Breinin? Mr. Diamond and wife Amy have invested in New York real estate, thus helping the market to reach even greater heights? Mr. and Ms. Diamond are happy to expand their New York presence with a new apartment on the Upper East Side?

In any event, here’s the actual piece of news—not buried, for once, in heaps of self-congratulatory prose—Ms. and Mr. Diamond, who is the CEO of P.R. mega-firm Weber Shandwick Worldwide, have paid $6.5 million for a three-bedroom co-op at 912 Fifth Avenue, according to city records.

The 10th-floor pad features, a “gracious marble entrance gallery” that “links the expansive living room with wood burning fireplace and oversized windows on Fifth Avenue to the well scaled formal dining room,” according to the Brown Harris Stevens listing held by broker Kathryn Steinberg. We see that Ms. Steinberg is, like Mr. Diamond, no newcomer to the art of spin. Not that Mr. Diamond would be naive enough to believe what he reads in what is essentially a sales pitch—in fact, the price he paid, which was a few hundred thousand off the $6.9 million ask—reflects that he didn’t.

We assume the pad is a pricey pied-a-terre for the Diamonds, who appear, at least for the moment, to have every intention of maintaining a primary residence in Weston, Conn. (the address that they list on the deed).  Perhaps Mr. Diamond just wanted a perch closer to the place where so much of the country’s good and bad press is shaped, or to improve client’s “corporate and industry positioning,” as Weber Shandwick Worldwide puts it on their website.