Bike parts being stolen in Brooklyn can mean only one thing: It’s officially summer. (It doesn’t matter how hot it is outside, if you can keep your bike safe for over three days in Bushwick, it’s still Spring.) Now go down to the police precinct and file that police report that won’t do you any good.

Yesterday, Natalie O’Neill of The Brooklyn Paper wrote a blog post about the rash of bicycle wheels stolen in Park Slope over the past week. Five of those bikes were left with a note attached, which was photocopied a phone number and a message: “Who ever owns the bike and 2 stolen wheels, I caught the guy + have the two stolen bike wheels.”

Ms. O’Neill floated the theory that the person who left the note was part of an elaborate bike wheel-heisting crew, who were looking to ransom the cycle parts back to their owners.
Except that the man who answered the number listed on the sheet says that he only left one note.

The Observer called the number listed on Brooklyn Paper’s photo and was connected to an older gentleman who refused to identify himself. He claimed to be retired and on Social Security and told us to call back at 9 p.m. because he “couldn’t afford to pay any more for these prank phone calls.”

When we asked if he knew about the notes, and for his name, the man started yelling. “How dare you! Do you know how many people called yesterday because of that young woman’s blog! Just because I left one note? I got the bike wheels, I caught the guy trying to steal them, and I don’t want to be hassled.”

The Observer agreed to call back the unidentified man after 9 P.M., when hopefully his free minutes will allow him to be more generous in his explanation of how his note got photo-coppied and used in identical bike thefts. 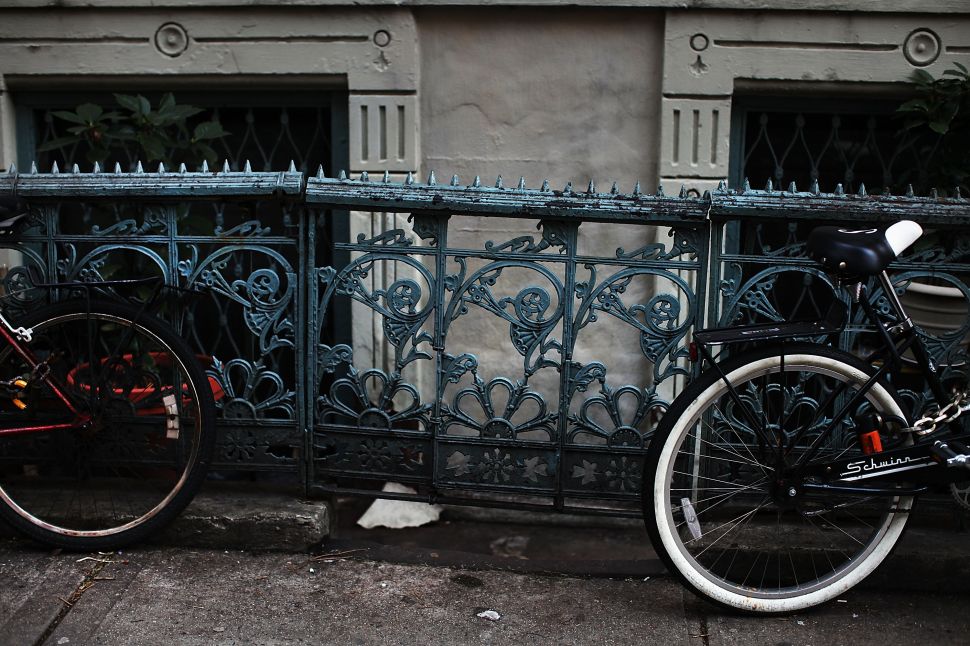