As Republican and Democratic lawmakers alike digested news that the governor plans to nominate Superior Court Judge Lee Solomon to the state Supreme Court, the sentiment in Trenton leaned positive toward the choice.

But as the political dance over the nominations begins anew, several questions remain unanswered.

Solomon, who was named as the nominee by the Star Ledger citing anonymous sources, is a Republican.  He served two and a half terms in the Assembly and ran for Congress under the banner of the GOP.  While nobody spoken to questioned his credentials – county prosecutor, assistant U.S. attorney and Superior Court judge – questions again arose over the partisan balance of the court.

Christie has made it clear he deserves four Republicans on the bench and will not consider a Democrat until he has them.  That means the next two picks are Republicans, Christie said in May. For their part Democrats swear they will not let the governor pack the court, a sentiment forcefully argued by Senate President Steve Sweeney when Christie-nominee Phil Kwon failed to win the support of the Senate Judiciary Committee.

“There are still two open seats,” Sweeney said in a brief statement sent to reporters on March 26. “The governor talks often of how ‘elections have consequences.’ For him, the consequence of the people electing a Democratic Legislature concerned with protecting the integrity of our legal system is now clear. The governor must work with us to put together a balanced tandem of candidates for the Court. The Senate will not consider anything less.”

So how will the stalemate be resolved? it’s unclear who will blink.  Democrats assert that Justice Jaynee LaVecchia is a Republican and not an independent as Christie and his Republican allies maintain.  She worked in two GOP administrations and donated to Republican candidates and committees prior to her ascension to the bench. That breakdown gives Christie three Republicans on the court already.  A Solomon confirmation would provide the fourth.

But Christie calls that claim nonsense, pointing out that LaVecchia has always been an independent, a label supported by her rulings, which have swayed to either end of the political spectrum.

While Democrats say they believe Christie got it right with Solomon, they quickly add that the partisanship of the second nominee is paramount to the discussion.

“We won’t let him put two Republicans up there again,” said one source, referring to Kwon, who was a registered Republican in New York before becoming unaffiliated upon his move to New Jersey last year, and Bruce Harris, who is registered with the GOP.  “There is too much at stake.”

During the Harris hearing, Democrats behind the scenes raised another issue of balance.  The fill-in judge called upon by Chief Justice Stuart Rabner to cast votes while the seats remain empty is Dorothea O’C. Wefing.  Wefing is a Republican, which if Solomon is confirmed would give Christie the four judges he covets without having to nominate another judge.  And though Wefing faces mandatory retirement this fall, her replacement if one is needed would likely be Judge Ariel Rodriguez, the next ranking appellate judge, who also is a Republican.

The second question that remains unanswered is diversity.

The deal struck last year to put Anne Paterson on the high court included a requirement from Sweeney that Christie nominate diverse candidates to the court.  The governor’s failure to renominate Justice John Wallace, who is black, and Justice Roberto Rivera-Soto’s decision to step down left the court without a minority presence, incensing Democrats.

Asked whether he intended to abide by the deal after Kwon and Harris were shot down, Christie refused to answer directly.  But a Republican member of the Judiciary Committee said Tuesday Christie had upheld his end of the bargain.

“Is there a counter balancing person being vetted right now?” GOP Sen. Gerry Cardinale wondered. “I don’t know. But my guess is the Democrats have given (the governor) a freer hand because they rejected qualified minority candidates. He has gone down that road, presenting two very able people. They were outstanding in their fields.”

Having presented them and watched them rejected, why should Christie hold to the Democrats’ demands this time, Cardinale asked.

A Republican source close to the administration said he believes Christie won’t feel obliged to hold to the Democrats’ criteria for court balance.

The source confirmed Cardinale’s belief that given their warm embrace of him in the past, Solomon could breeze to the court.

Both say no matter what happens with the second nominee, Democrats will have a difficult time denying Solomon a seat on the court.

“They treated him like their buddy when he came before the committee,” Cardinale said of Solomon’s prior appearances in successfully seeking a Superior Court judgeship and appointment to the Board of Public Utilities. “He was uncontroversial then, so it’s difficult for them to knock him down now. That would be embarrassing to them.”

In February 2010, Solomon was approved in the Senate 39 to 0 for his post as head of the Board of Public Utilities.  In December 2011, he received unanimous backing of the Judiciary Committee for his return to the Superior Court after stepping down from the BPU. 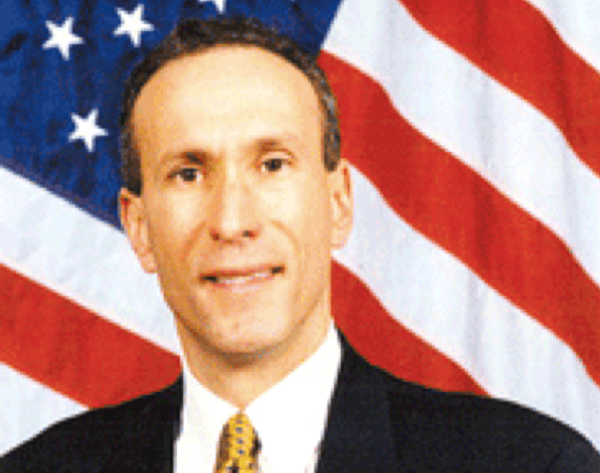