Nonprofit news organization ProPublica published a report today concerning the claim that the New York Police Department has stopped 14 terrorist plots, and just how accurate both that number and the true extent of NYPD’s role in it—one that’s repeatedly invoked by city officials when defending the department’s oft-criticized surveillance tactics—actually is.

During a news conference today, a question was lobbed towards Mayor Bloomberg about the report. He answered that it was impossible to truly know how many plots they’d actually stopped. Canny! Also, funny, because a city website pointed to by ProPublica lists fourteen of them.

But Paul Browne—the Deputy Commissioner for the New York City Police Department (better known as police chief Ray Kelly’s spokesman)—wasn’t going to take the fairly reputable, well-documented, and pretty technical reporting of ProPublica lying down. And not by going to them and refuting their piece with a quote, but by delivering some words to the comments section.

The NYPD never said it stopped 14 terrorist plots. We’ve repeatedly said that New York City was the target of at least 14 terrorist plots since 9/11 because it is a fact. Critics want others to believe that terrorists who failed were not threats. If you believe that, we have a bridge to sell you – one that al-Qaeda hoped to destroy.

That’s too bad. We were hoping to buy back the Queensboro, scrub Ed Koch’s name off of it, and rename it after 59th Street. But seriously folks, here’s an NYPD site with 14 terrorist plots on it, here’s the mayor saying it, and here’s the fact that Browne waited to deliver a technical response until he could get in under the radar:

The NYPD did not respond to requests for comment on the list of 14 alleged plots and how it was assembled.

That said, Browne certainly has the Commenter Voice down fairly well: Acerbic unfunniness laced with a god complex underlined by the belief that people other than bloggers and other commenters actually read comments and hold what they have to say in any regard. Might be time for him to sign up for a Gawker account! 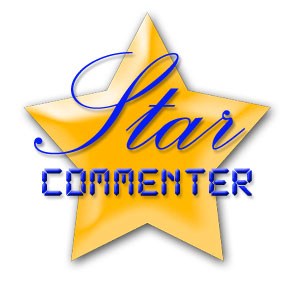