Spring skirt trends have given way at The New York Times to the more topical issues facing Manhattanites: like how to escape from New York City and get up to the Hamptons.

Three stories in two days debated the relative pros and cons of train, bus, and air travel upstate, but we’re still left with a nagging question…do we have to go? (That’s rhetorical, obviously, yes, you have to go to the Hamptons. Every weekend. All summer.) The only thing missing is an in-depth profile on seaplanes.

So for a quick refresher course–just in case you don’t have time to read a 1,000 word piece on how much alcohol 21-year-olds consume on the LIRR, we’ve summed up The Grey Lady’s stance on each method of getting your tuchus to Montauk.

The Upshot: “Most of the time…the ride is almost library-quiet.”

The Takeaway: If you can’t bear the traffic, get drunk on The Ambassador, which serves…what else? White wine.

Dissected in: “The Hamptons Party Starts on the Train Tracks” (July 14th)

Some riders carve islands of civility amid the packs of partyers. On the Friday train that carried the Johnsons, Hunter Brooks and Nevin Shetty, both 28, sat with a wooden chessboard balanced between them on their knees. “Do you have to party on a train?” Mr. Brooks said. “It’s nice to have a conversation.”

The Upshot: “I don’t want to get out there completely sober and everybody is already crunked up at the pool.”

The Takeaway: If you’re looking to get wasted, definitely check out the 5:09 on Track 18. Just don’t go after midnight, when it’s illegal.

Dissected in: “Sparing No Expense for a Copter Ride to the Hamptons” (July 14th)

It is also expensive: the charter fee for this flight — there is no scheduled helicopter service to East Hampton — was $3,400. The Eurocopter seats six, so if full, it costs about $567 per person.

This was a moment for gloating: below, the cars on the Long Island Expressway were inching toward Exit 53, where Fire Island-bound crowds headed onto the Sagtikos State Parkway.

Takeaway: If you are a rich, deaf person (the noise is so bad that a new federal regulations will require copters to fly a mile off-shore) who is not afraid of heights, than pack your Dramamine and try not to fall out! 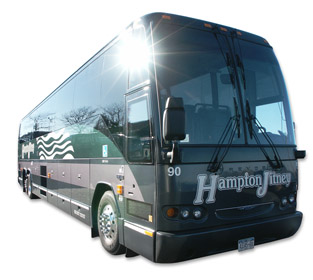