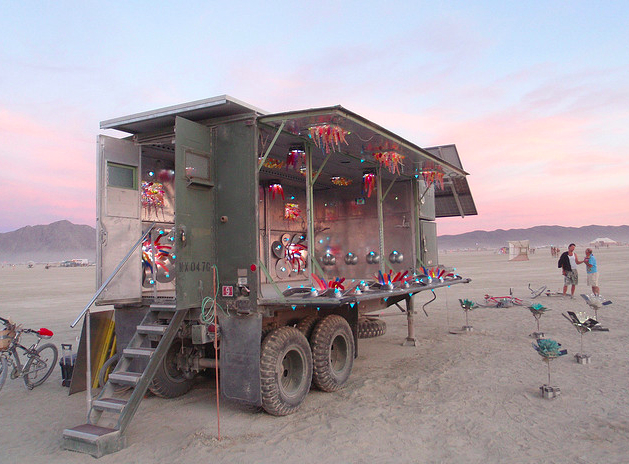 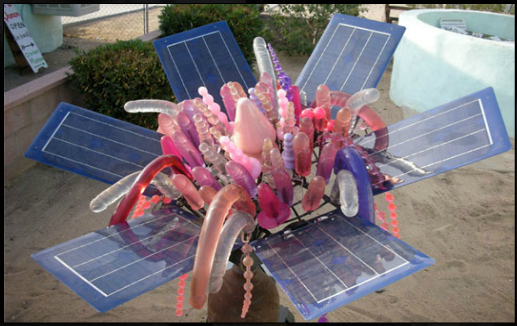 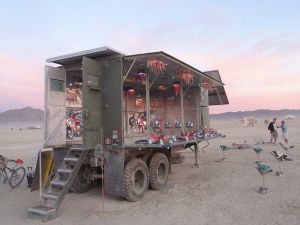 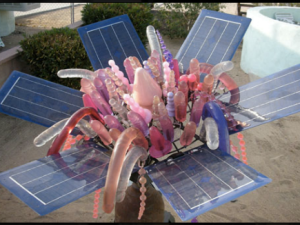 “They’re not really sex toys,” Mr. Polumbo said on the phone last week. “They’re more like my take on my favorite things from that world. I’ve taken something very kind of super male–this giant bouquet of wieners–and tried to make it into something feminine, a nest-like symbol of fertility.”

“At one point,” he said, “a born-again Christian group covered it with a tarp and preachers were preaching at it. I was just about to go to Burning Man for the first time, and someone told me I should take Buttercup with me.” He lit the whole thing up and drove it all the way there and, among the Burning Man crowd, people gathered around it like it was some monument to be worshiped.

Ms. DeWoody said over the phone that she hopes Love Stream will stop by Art Basel Miami Beach or one of its concurrent fairs before she has it installed in her art-filled Florida home. There are no plans yet, but since the piece is fully mobile, Mr. Polumbo joked that he should start staking out parking spaces now. Ms. DeWoody has not seen the completed piece in its crystal phallic glory, and only knows vaguely what to expect. Mr. Polumbo wanted to surprise her when the show opens. Neither of them are too worried, though.

“Not coincidentally,” he said, “a lot more people are interested in this than in my clusters of butt plugs.”