Earlier this week, the Luxembourg-based Redline Capital Management S.A. announced its plans to lead a voluntary takeover of Artnet AG. Details of the tender offer for the company, like the share price Redline is prepared to pay for it, have not yet been announced, though in accordance with German finance law they will be forthcoming within the next four weeks.

The takeover threat has been long looming for Artnet, a company best known for its comprehensive auction price database, which has faced outspoken shareholder critics in recent months. At the end of June, long-time Artnet CEO Hans Neuendorf resigned ahead of Artnet’s annual shareholder meeting, ceding power to his son Jacob Pabst, who promptly shut down the company’s eponymous online publication and its 10-person Paris office. The appointment of Mr. Pabst as the new face of the company, and those measures, were initially seen as concessions to the cost-conscious shareholders trying to force a change in management, but since that time relations seem to have once again soured.

Rüdiger K. Weng, who recently joined his shares with Redline’s to represent a 10.03 percent interest in the company against Mr. Neuendorf’s 26 percent, said he no longer thought it was possible to work with Mr. Pabst to change the company in a way amenable to the interests of Redline. To him, Mr. Pabst’s appointment now represented an attempt by the Neuendorfs to maintain control of the company.

“What started out to be a friendly move in the beginning is not so friendly anymore,” Mr. Weng said.

Hans Obermeier, a spokesman for the Redline interests, said that the takeover was prompted by a “poison pill” change to the structure of the company, proposed by the Neuendorf parties after the annual shareholders meeting was moved from July 11 to Aug. 8. The proposal, to be put to shareholders at that meeting, would allow no major changes in the structure of the company without a 75 percent majority by shareholders, up from the current 50 percent majority required for such decisions, that would give the Neuendorfs veto power over major decisions.

“The rule that we are trying to get passed is standard German procedure,” Mr. Neuendorf said over the phone today. “In Germany, 75 percent is always necessary for these kinds of decisions, and don’t ask me which ones because I don’t know by heart, I’m not a lawyer. We had 50 percent in our bylaws, which was unusual, so we’re trying to change it back in keeping with the standard.”

Mr. Neuendorf said that Mr. Pabst met with Sergey Skaterschikov, who represents Redline’s interests in this matter, last week and that Mr. Skaterschikov proposed replacing two of the members of the company’s three-person supervisory board, an idea Mr. Pabst wouldn’t accept.

The offer for the company will most likely be delayed until the shareholder meeting and should offer shareholders 8 to 10 euros per share over a current price of 6.2 euros, according to a source who has been in touch with the Redline parties. If the measure to give the Neuendorfs control passes, the offer may not come at all as, the source said, “the shares are not worth 3 euros, as long as the company is in the hands of the Neuendorfs.”

Mr. Neuendorf, who came to the company in 1995, called the takeover threats toothless, “unlaid eggs,” and said he was confident that shareholders would pass the measure to give his family veto power at the next meeting.

“I know the votes, I know the majorities, I know who’s voting, and in which way,” Mr. Neuendorf said. “I’ve been heading this company for 20 years.” 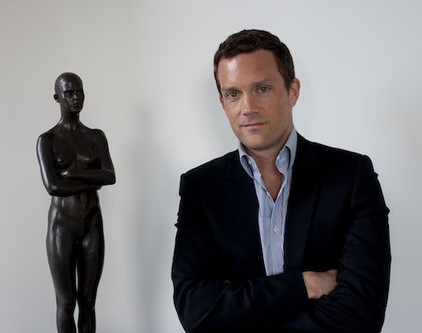