Texas governor and former presidential candidate Rick Perry sat down for a video interview with National Review Online last week and he discussed his reasons for opposing gay marriage. Mr. Perry addressed the topic when he was asked about voters who admired his economic policies, but wished he would “just back off on the social issues.” He answered by explaining that he thinks, though society may be becoming gay friendly, God’s stance on same-sex marriage is quite clear.

“The issue of traditional marriage is one that continues to bubble forward and I happen to believe that, if you’re going to have a society that is successful economically or otherwise, you’re going to have to have values that you attach that society to. For 2,000 years we have had marriage between a man and a woman,” said Mr. Perry. “I suspect that issue’s not going to go away, but just because you share a different view or you are flexible on the issue does not mean that God has changed his mind about it.”

Mr. Perry acknowledged that his views on gay marriage and abortion might earn him some detractors, but he refuses to “back away” from his position on those issues.

“If you’re going to base your public service upon your values, then you’re going to get criticized by those who don’t agree with those values. I don’t back away from my positions on traditional marriage, on abortion,” Mr. Perry said. “They’re values that, from my perspective, they can’t be equivocated. You’re either for traditional marriage or you’re not. You’re either for protecting innocent life or you’re not.”

Watch a clip of Mr. Perry talking about gay marriage below. 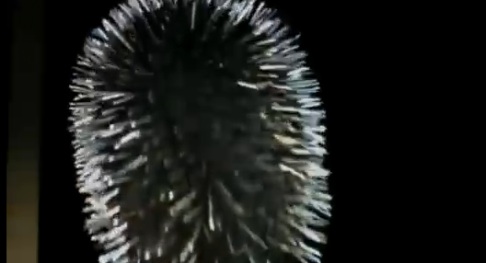